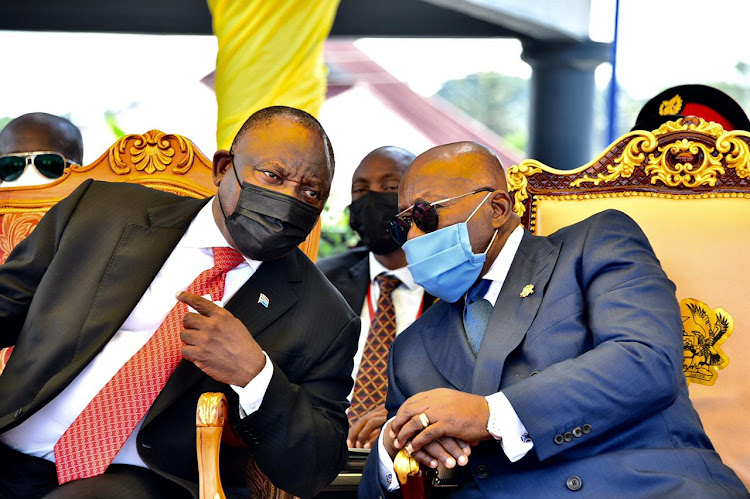 After talks about economic development and strengthening partnerships between SA and Ghana, President Cyril Ramaphosa concluded his visit to the country by showing off his killer dance moves.

Videos shared by TimesLIVE reporter Amanda Khoza show Ramaphosa trying his best to keep up on the dance floor with Ghanian officials.

TimesLIVE reported the president was on a state visit to Ghana as part of his four-nation tour to West African countries. The president met leaders from Nigeria, Ivory Coast and  Ghana.

He will conclude his meetings in Senegal between December 6 and 7.

SA and Ghana signed agreements on matters including international relations, transport and agriculture for the mutual benefits of both countries. SA and Ghana are expected to sign the two remaining agreements virtually.

While the policies have been applauded by some, it was the president’s dance moves (or lack thereof) at events after discussions and media briefings were concluded that had many laughing.

So You Think You Can Dance applications are now open. @TimesLIVE pic.twitter.com/DcPD2cX5JL

Head of communications in the presidency Athi Geleba shared a snap advertising Ramaphosa as a guest on the show, calling it a "fake news poster.”
TshisaLIVE
5 months ago