'After all the tears I shed, I will never forgive her' — mom on baby's abductor 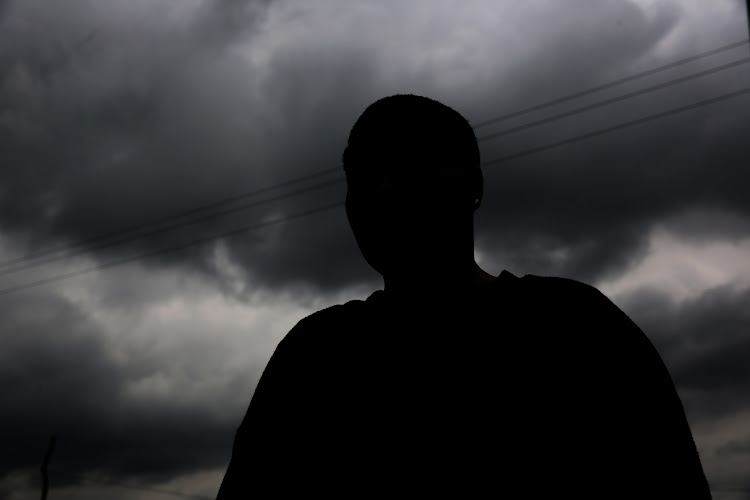 Sbahle Sithole, whose child was stolen from her hours after she gave birth in Ermelo 20 years ago, said she would 'never forgive' the woman for what she had done.
Image: Thapelo Morebudi/Sunday Times

“I never lost hope that I would find her one day,” says the Mpumalanga mother who now knows the identity of her biological daughter, abducted from her as a newborn baby in Ermelo 20 years ago.

Sbahle Sithole*, now 36, told TimesLIVE she was grateful to find her daughter and for everything that the family who raised her had done for her. However, she said, “To the woman that took her: You have hurt me a lot. I will never forgive you ... Never ... Not after all the sleepless nights I had and tears I shed, especially on her birthday.”

A curious Ermelo teenager who came across a picture on Facebook of a woman who looked just like his mother has helped Mpumalanga police solve a ...
News
8 months ago

The then teenage mother and her elder sister, who had fetched her from the hospital, had trusted the child’s abductor and accepted her assistance to hold the baby while the elder sister rushed to the shop as the pair walked to catch a taxi back home.

Because the new mom was experiencing pain and dizziness from the birthing experience she had earlier gone through, the “good Samaritan” offered to go look for her sister.

She and the baby were never seen again — until last month.

The woman had fled with the baby to her home in Carolina — 60km from where she had stolen her.

This stolen child, who TimesLIVE will refer to as Mfundo, was known as the only child of the couple, although there was another sibling from her father’s side.

Mfundo had no idea that elsewhere, a woman cried and prayed for her safe return, especially every year on her birthday.

I will never forgive you ... Never ... Not after all the sleepless nights I had and tears I shed, especially on her birthday.

Last month, Sithole's 19-year-old son was scrolling through Facebook when on the “people you may know” option, a picture of a young woman who he believed looked a lot like his mother popped up.

The uncanny resemblance bothered him so much that he took the picture to his grandmother who shared with him that she believed this was his long-lost sister.

He sent her a friend request — which she did not accept — but in the meantime, his mother and grandmother headed to the Ermelo police station where 20 years ago, they had opened a missing person’s case for the stolen child.

Armed with pictures that they had taken from Facebook and a clinic card that was signed at the hospital on the day Mfundo was born, they relayed to officers that this was the daughter they believed they had lost.

“My mom had taken one look at the picture and said she believed that was my daughter because of how much she looked like me,” said Sithole, as she and her son scrolled through the pictures.

As the father of a baby snatched at birth cuddled the infant at home for the first time, it was with heartfelt relief - and the knowledge that the ...
News
3 years ago

Police accompanied Sithole to the house where Mfundo was living in Carolina.

Coming face to face with the past

Sithole recalled what it was like seeing the woman whom Mfundo had called mom for all these years.

“She kept her eyes on me as though she recognised me. But my memory was so fuzzy on what she looked like. Perhaps it was because I was young at the time. I could not really remember her and she had also changed because a lot of years had gone by.”

Police informed her why they were there and the woman, who was adamant that Mfundo was hers, said the youngster was not at home and was studying in another town.

Officers then called Mfundo and told her to prepare herself, as they were en route to her.

Sithole said when she saw Mfundo, a birthmark she had seen on her face as an infant confirmed to her that this was her daughter.

“Immediately when I saw her I cried, because I could see that it was her.”

They rode back to Ermelo together, where the 20-year-old joined the dots when they underwent DNA testing.

Mfundo was kept at a place of safety where she underwent counselling ahead of the release of the DNA results.

The two tests conducted both positively confirmed Sithole and Mfundo are mother and daughter.

Mfundo was advised she had a choice of where to live after the test results came in.

A chance to build a relationship

Until Monday, when the second test results confirmed their biological ties, Sithole and Mfundo had not engaged in any conversation.

Sithole said they discussed the DNA results. Then, “I asked her where she wanted to go after receiving these results”.

“She said for now, she would go back to her home in Carolina and would visit me.

“She said it was hard to accept that the people she had spent her whole life with, were not who she had known them to be,” said Sithole.

I never went back to school again after I lost her. I spent years looking for her

Mfundo's alleged abductor appeared in court late last month where she was granted bail of R1,000. Her trial is scheduled to resume on January 18.

While Sithole refers to her daughter by the name that she was given by her abductor, she shared that at the time of her birth, the plan was for her to name her daughter Mfundo.

“Mfundo means education. I had her very young and the plan was for me to go back to school and get educated. She doesn’t know this name. But I never went back to school again after I lost her. I spent years looking for her.”

*Sbahle Sithole is not her real name. Her identity has been concealed to protect the identity of her family.

A KwaZulu-Natal mother has been reunited with her child, who was allegedly stolen from her just a day after he was born, the police said on Thursday.
News
1 year ago

A 38-year-old woman was arrested after she allegedly kidnapped a baby who was just a few days old from a young mother at a taxi rank in Embalenhle, ...
News
9 months ago

A mother was reunited with her months-old baby boy after a terrifying ordeal involving a hijacker, who made off with her car and baby inside on ...
News
11 months ago

The two men who kidnapped a four-month-old baby during a home robbery escaped through a hole in the fence at Leeuwkop prison in Bryanston, the ...
News
11 months ago