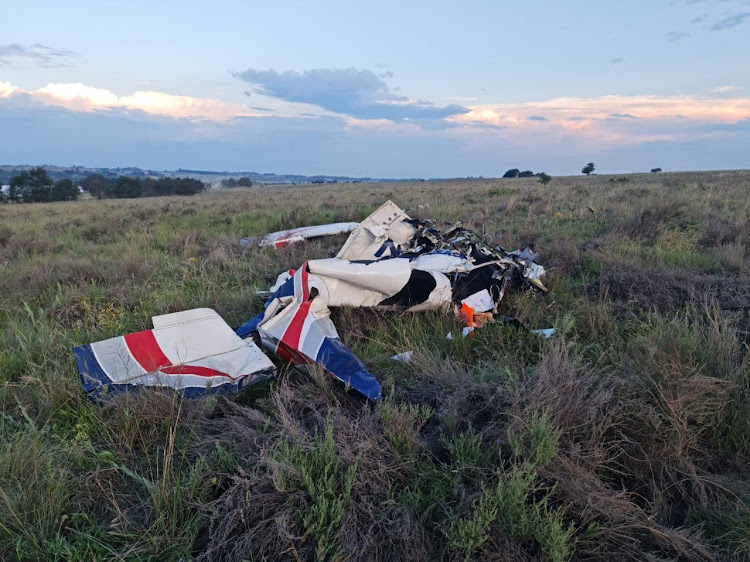 The pilot was the only occupant of the light aircraft.
Image: Netcare911

A pilot has died in a light aircraft crash at the Bronkhorstspruit Nature Reserve in Pretoria.

Netcare 911 spokesperson Shawn Herbst said when medics arrived at the scene at about 5.23pm on Tuesday they found the crumpled remains of a two-seater light aircraft.

“One person, an adult male who was the only occupant on board, was assessed. He showed no signs of life and was declared dead."”

Relevant authorities were on the scene.

The right wing of a high-performance sport aircraft broke off in mid-air before it crashed at a farm outside Pretoria East, the SA Civil Aviation ...
News
8 months ago

The 2019 crash that killed a veteran game capture pilot and left his passenger severely injured and traumatised was caused by a tail rotor failure, ...
News
8 months ago

A pilot has been killed after an aeroplane crash in Pretoria on Thursday afternoon.
News
9 months ago