The Kopanong municipality suspended municipal manager Martin Khubeka on Friday after the council has failed to pay its employees. File photo.
Image: Reuters

The Kopanong municipality in the Free State's Xhariep district suspended municipal manager Martin Khubeka on Friday as the embattled council failed to pay its employees for three months.

The suspension was due to non-compliance with National Treasury protocols in supplying the required documentation for the council to receive its equitable share from the government, and it was this failure that resulted in employees not being paid.

According to strike leader and assistant technical supervisor Khoza Magadela, who works with groundsmen (general workers) at the municipality, some employees refused to work while they are owed their salaries.

“The diesel account for our fleet has not been paid either ,so even the few workers who are working can't provide service delivery.”

“In all other units of Kopanong workers have downed tools until they get their salaries.”

The SA Municipal Workers’ Union (Samwu) confirmed the strike. The union said workers have not been paid for three months and money for third parties, such as medical aid, pension fund and funeral policies was deducted from workers’ salaries but never paid over, resulting in policy lapses. 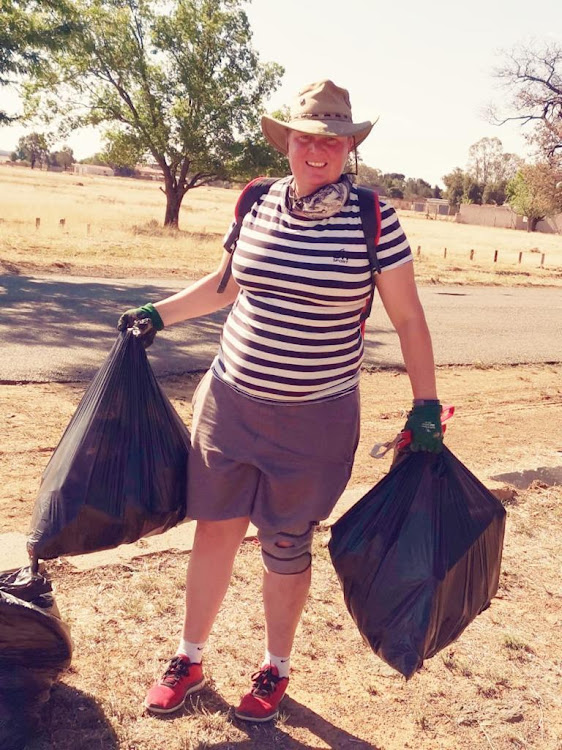 Residents of Springfontein have been collecting their own trash due to a municipal strike.
Image: Supplied/Serijke Grobler

In response to questions, mayor Xolani Tseletsele said the municipality has been rolling out wage payments over the past three weeks. Another payment was expected to be made on December 7, but “unfortunately we did not receive our equitable share from National Treasury".

Treasury withheld the equitable share due to non-compliance with Municipal Financial Management Act (MFMA) prescripts, a legislative requirement to monitor and oversee the financial expenditure and performance of a municipality.

Non-compliance was the reason given by Tseletsele for Khubeka's suspension..

“We are in talks with provincial Treasury to get our equitable share and the council has instructed management to do all necessary documentation of compliance.

“Immediately after payment of workers we will instruct everyone to go to work and give services full-time. Some of our councillors are doing their best in intervening on the emergency services needed,” he said.

On why the equitable share was being used to pay salaries rather than providing services to communities dependent on SA Social Security Agency (Sassa) grants and who live in RDP houses, the mayor was less forthcoming.

But Serijke Grobler, resident of Springfontein — one of nine towns in the Kopanong municipality — said even when municipal workers were paid there was no service delivery.

Residents had to clean their own streets and return the local cemetery to its former glory.

“I have descendants of the families buried there phoning me from New Zealand and Australia to bring back respect and dignity to their forefathers' final resting place," she said.

Grobler moved to her place of birth from Johannesburg when Covid-19 hit. As a sufferer of muscular dystrophy, the virus would not only be detrimental to her health but her life.

“I could not think of a more isolated place to spend my days, but what I saw and experienced when I came back to my hometown nearly shocked me within an inch of my life.” 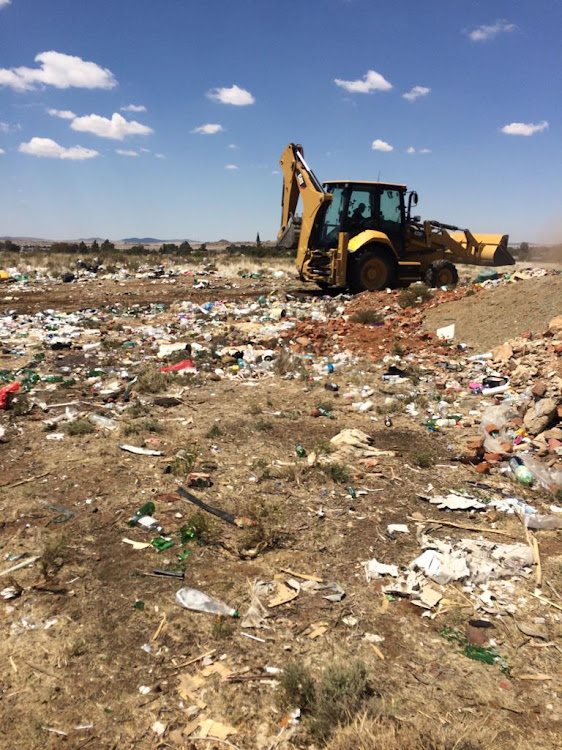 Some of the rubbish left in Springfontein as municipal workers strike.
Image: Supplied/Serike Grobler

The 100-year-old family burial site and the nearby heritage site of the largest concentration camp during the Anglo-Boer War have become illegal dumping sites, and the town where her parents still live has been without running water for close on seven years.

When the municipal executive agreed on a payment plan in January, BloemWater restored the supply at 70% of capacity. It has been kept on despite not one cent of that payment plan being honoured.

Grobler, who lives in the former municipal manager's old house across the road from the council’s storage facilities, said the electricity supply was cut to all government buildings at the beginning of November, including the traffic department, post office, magistrate's court, and ambulance and police services.

As a candidate councillor in the November municipal elections, Grobler said: "The electricity bill was not paid for years. I’m still investigating this matter, but it had nothing to do with load-shedding.”

But Eskom spokesperson Sikonathi Mantshantsha denied the power supply to the municipality had been cut, saying the council’s total outstanding debt is about R9.5m.

“The municipality had recently indicated it would be settled in full in the coming weeks,” he said.

Whether the equitable stake from Treasury will cover that amount and outstanding salaries remains unclear, as Tseletsele said he is still awaiting a proper report from the acting municipal manager and CFO.

"However, the council has taken upon itself to create a payment turnaround strategy that needs to deal with down-payment of our debts."

He did not mention the previous failed payment arrangement with the utility,  but said the new council was "investigating deviation from that”.

The Kopanong municipality council has 17 members, nine of them ward councillors. The ANC won 11 seats in November.

Fauresmith in the Free State has been without water all weekend, even though it was hosting an annual horse show, the DA said. The Democratic ...
Politics
9 years ago

Eskom has warned residents of 11 Free State municipalities they will be plunged into darkness if their municipalities don't settle their bills by ...
Politics
12 years ago

Reddersburg's municipal building was set alight on Monday during renewed violence by residents of the nearby Matoporong township, said Free State ...
News
10 years ago