Obey the lifeguards, urges Lifesaving SA as members prepare for onslaught of beachgoers 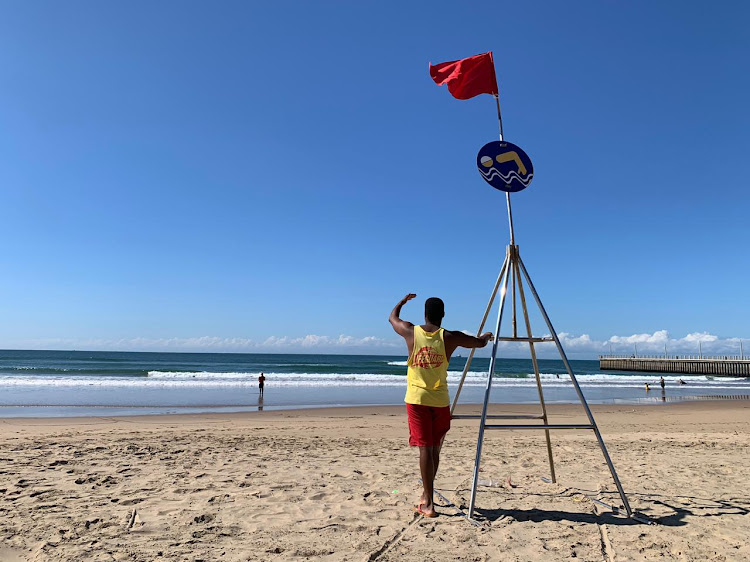 Lifesaving SA said lifeguards had reported that beachgoers had been aggressive towards them over the past weekend.
Image: JACKIE Clausen

Disobedient beachgoers are the biggest challenge for lifeguards at the country’s beaches over the festive season.

Ahead of the busiest beach days kicking off from December 16, Lifesaving SA president Dhaya Sewduth told TimesLIVE on Wednesday that lifeguards reported beachgoers had been aggressive towards them this past weekend.

Durban beaches experienced a huge influx of visitors at the weekend as temperatures soared.

“Lifeguards are there to work in the best interests of the public and ask that they only swim between the bathing beacons, red and yellow flags, as well as listen to the lifeguards when they close beaches,” he said.

Sewduth said Durban’s beaches were expected to be the busiest over the festive season.

“We are not sure of the number of lifeguards employed by the municipalities. We do estimate the numbers could run into several hundred. Lifesaving SA — which controls the voluntary lifeguards — has 20 clubs in KwaZulu-Natal and 86 nationally, and has more than 2,000 members in the province. Our voluntary lifeguards usually do duties on weekends and public holidays and on any given duty day, we could have more than 1,000 members on duty,” he said.

Earlier this month, the DA said it had conducted an unannounced oversight visit at the Durban beachfront which revealed “a shocking shortage of beach staff and lifeguards, in particular just days before the peak of the festive season”.

“When pressed for answers as to why there are no lifeguards, the city management has now confirmed in its response to us that there have been challenges in acquiring sufficient candidates who passed the prescribed fitness tests — which required the department to extend the applications for a further week. In its statement the city said 120 lifeguards had already been deployed. This is evidently untrue.

“It is only because of the DA putting extensive pressure that the city has now confirmed to us in writing that lifeguards will be deployed from December 15 until January 13. This is despite crowds of holidaymakers having already started to descend on Durban’s beaches,” the party said.

Sewduth said Lifesaving SA welcomed the deployment of more lifeguards “as the crowds over the past weekend were unprecedented so early in the summer holidays”.

“We also call on  local governments countrywide, Salga (SA Local Government Association) and the tourism and hospitality industries to support the voluntary clubs of Lifesaving SA to develop more lifeguards as a way of increasing job creation opportunities,” he said.

He said lifeguards have to undergo annual tests to qualify to perform their duties.

“Our membership of well over 7,000 members provide voluntary lifeguard duties nationally over weekends and public holidays. In a given year, we contribute more than 130,000 voluntary hours of duty,” he said.

“We call on more government departments to support us further to meet out nation’s needs for swimming lessons and water safety education,” he added.

Some roads still lead to KZN this festive season

Though occupancy is nowhere near what it was before Covid-19, the province expects more than 60%
News
7 months ago