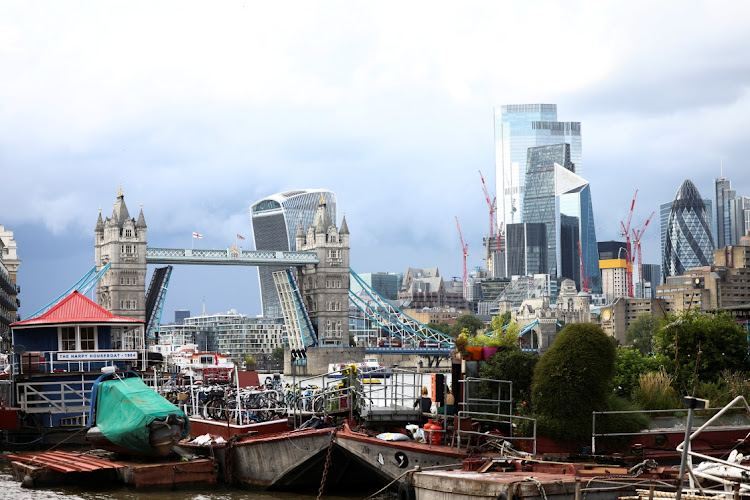 London's Tower Bridge. Massive delays in the issuing of visas means many South Africans' travel plans are still up in the air, despite SA being dropped from the UK's 'red list'. File image.
Image: REUTERS/Henry Nicholls

The UK may have dropped its “red list” travel ban on people arriving from South Africa, but for South African passport holders, massive delays in the issuing of visas means their travel plans are still up in the air.

Lee-Ann Collingridge of Johannesburg applied for her UK visa on November 12, having booked three seats on a British Airways flight which was due to depart on December 10. That flight was cancelled, thanks to the travel ban, and the family has just rebooked for a December 21 flight, but Collingridge has no idea whether her visa will be issued by then.

“When I applied for my visa, I was told it would take up to 20 working days to process, but last week I received an e-mail from UK Visa and Immigration apologising for the delay, which, they said, had been caused by the travel ban,” she told TimesLIVE.

She was also told they couldn’t give her a date by which she could expect to receive it.

“So my reality is now that even though British Airways has increased the number of flights available and I can now fly to the UK, I can’t actually do so without my visa, and there is no indication of when I will get it,” she said.

The family — Collingridge, her husband and their son — were due to spend their first Christmas in two years with her elderly in-laws.

“Should I not get my visa in time, which unfortunately seems very likely, my husband and son [who have British passports] will fly to the UK on Tuesday and I will follow when and if I can.

“So we are now facing the prospect of my being here for Christmas alone.”

Given that she applied for the visa two weeks before SA was placed on the UK’s red list, her application should have be considered by now, Collingridge said.

“What were the staff doing in those three weeks when SA was on the list? Why were they not at least considering applications and putting them in an approve or denied pile so that they could fast-track applications once the decision was reversed?”

Asked to comment, the British High Commission’s head of communications, Isabel Potgieter, urged “potential customers” to review the requirements for entering the UK before applying for a visa.

“UK Visas & Immigration (UKVI) are experiencing very high volumes of visa applications globally and are working through existing cases and new applications as quickly as possible,” she said.

Sudden travel bans triggered by South Africa’s announcement of the discovery of the Omicron Covid-19 variant have been devastating - and not just in ...
News
1 month ago

“We strongly advise customers not to enquire about the status of an existing application unless there is a compelling or compassionate emergency need to travel.

“Customers who want to travel soon should apply for their visit visa as early as possible.

“We urge all customers not to make travel plans including booking flights until they receive their visa.”

Asked whether those whose UK visas expired during the three-week travel ban would get the benefit of extensions at no further cost, Potgieter said no such extensions would be granted. “People should, where they can, speak to their travel insurance companies about claiming.”

Collingridge said she was not surprised by the response. “It is virtually impossible to speak to someone at the UK Visa and Immigration in person — even when you phone, for which you are charged, they generally cannot comment specifically on your application.

“I am not expecting this to be fruitful but am trying all avenues at the moment.”

It’s official: SA and 10 other African countries will be removed from the UK’s infamous “red list” of travel restrictions at 4am on Wednesday.
News
1 month ago

The national coronavirus command council is on Tuesday afternoon expected to meet under the leadership of deputy president David Mabuza to discuss ...
Politics
1 month ago

The study comes as the UK removes 11 countries, including SA, from its travel red list
News
1 month ago

The Association of Southern African Travel Agents has warned holidaymakers to be aware of travel scams during the festive season.
News
1 month ago