Others describe mould on walls and unhygienic marking venue bathrooms 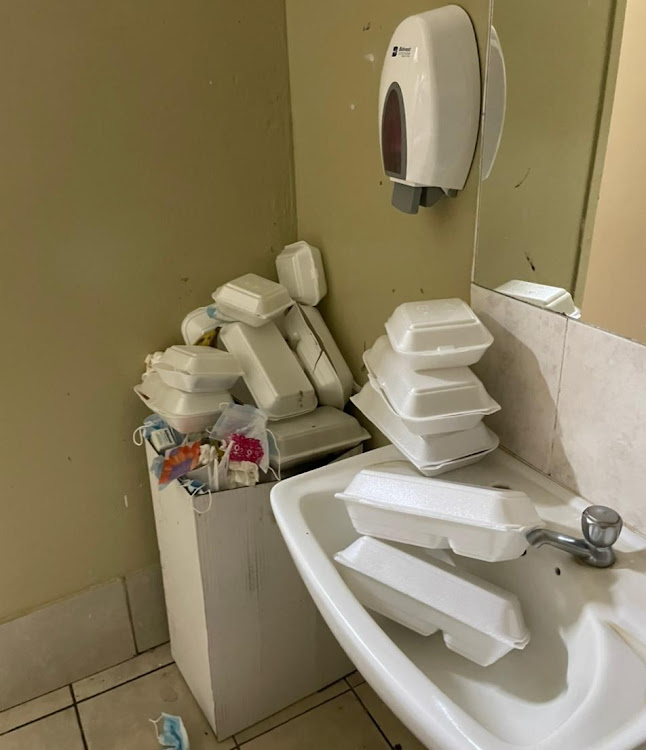 A total of 23 matric markers in Limpopo, including 13 who were based at the Northern Academy Secondary School in Polokwane, have been sent home after testing positive for Covid-19.

Confirming the figure to TimesLIVE on Thursday, Limpopo education department spokesperson Tidimalo Chuene said the immediate contacts of the 23 markers had been isolated.

This revelation comes as markers from Northern Academy Secondary complained to TimesLIVE about the delay in the delivery of scripts for marking.

They also complained about the condition of the rooms and toilets in the hostel which had unsightly black mould on the ceilings and walls. 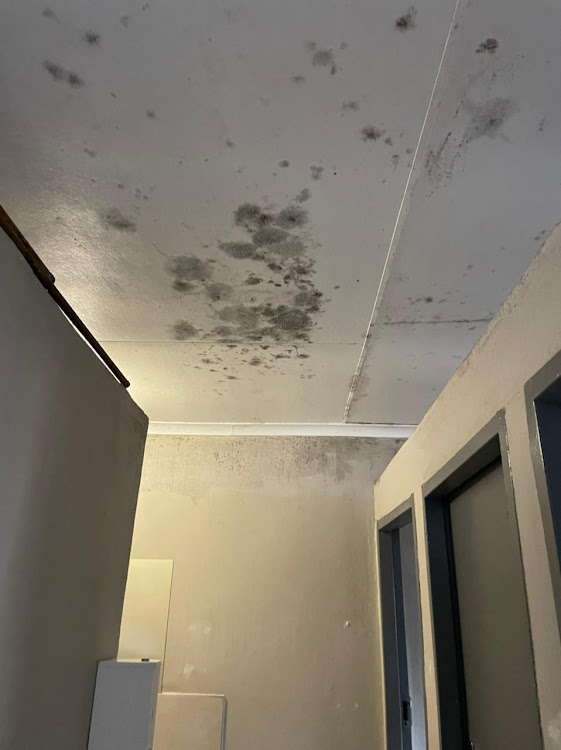 Some of the mouldy ceilings and walls at the venue.
Image: Supplied

Some of the 470 markers believed to have been assigned to the centre said no marking was done from midday on Wednesday until the end of that day because scripts were not delivered to the classrooms.

A marker said: “On Monday we started at 7am with unmarked scripts left over from Sunday. We finished marking the scripts at about 10am and then waited until 12.30pm for a new batch of scripts.”

The marker said that after finishing marking the scripts at 11am on Tuesday, they only received another batch at about 3.15pm that afternoon. They were marking geography  paper 1.

There were about 24 markers in the room including a deputy chief marker and senior markers.

“It was really bad on Wednesday because we did not mark from midday onwards. We were not allowed to go to the shopping mall because we were told the scripts could come at any time.

“After lunch, everyone sat outside in groups and waited.”

Another marker said she felt like throwing in the towel because of frustration over getting scripts delivered. “I’m at the point where I want to say, ‘I’m going home, I’m giving it up, they can keep their money’.”

She said there were long queues during meal times and very little social distancing.

“Once you’re in the dining hall, they press against you and it’s really not safe. We don’t go there any more. We just drive off and buy takeaways.”

TimesLIVE was sent a photograph taken on Thursday which showed several used polystyrene containers discarded in a toilet at the centre.

A marker said: “This is very unhygienic, especially since we don’t know how long they have been there. It could have been yesterday’s lunch.”

Another photograph of a bathroom depicted ugly, black mould on the walls and ceiling.

Chuene said they will look into the allegation of delays in the delivery of scripts to markers at Northern Academy Secondary and “advise on improvement measures where necessary”.

She said about 95% of the marking had been completed at the school and it was anticipated that it will be finished by Saturday.

“Accommodation sourced meets the minimum requirements for purposes of the marking process. Concerns raised about this particular venue will be looked into.”

She said the marking was observed by union members who also formed part of daily progress meetings.

“Markers with concerns are encouraged to use these representatives to escalate matters of concern for speedy resolution.”

On Saturday, the director-general of basic education, Mathanzima Mweli, said that of the 23 marking centres he had visited in Limpopo, he was not happy with one of them “because it didn’t afford markers a conducive environment for them to do their work”.

He did not name the marking centre.

Meanwhile, a marker was slightly injured and some scripts damaged after the roof of a marking centre in Thaba Nchu in Free State was blown off during a hailstorm on Wednesday.

The accounting paper 2 and business studies paper 2 were being marked at the centre.

Some matric examination scripts were damaged and a marker was slightly injured during a hail storm that battered Thaba Nchu in the Free State.
News
6 months ago

The director-general of the department of basic education, Mathanzima Mweli, thanked matric markers profusely on Saturday for their “amazing act of ...
News
6 months ago

From matric at 16 to a PhD at 83: George resident celebrates milestone

Two octogenarians are graduating at Stellenbosch University on Monday.
News
6 months ago