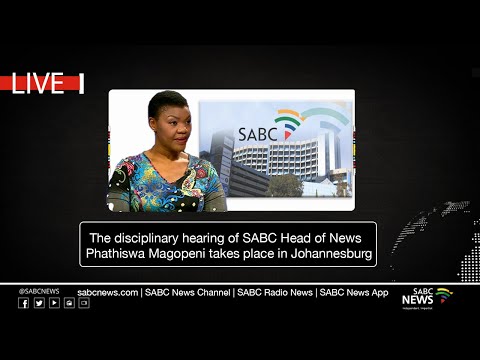 The disciplinary hearing of SABC news head Phathiswa Magopeni is expected to begin on Friday.

In November Magopeni was charged for alleged negligence and bringing the public broadcaster into disrepute.

TimesLIVE reported the charges followed after the investigative news programme Special Assignment aired an episode the SABC had been interdicted from broadcasting.

Magopeni has disputed the claims against her and alleges there is a campaign to hound her out of her job.