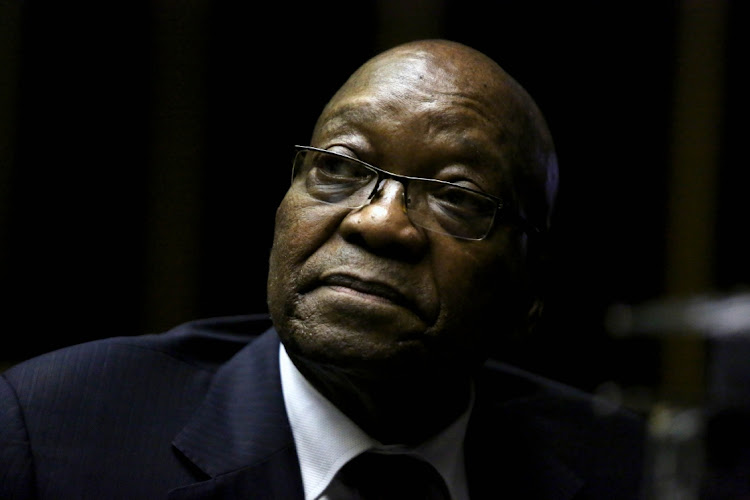 Former president Jacob Zuma will remain on medical parole for now after the Pretoria high court granted him leave to appeal an earlier decision that set it aside as unlawful and ordered him to return to custody.

After hearing argument, judge Elias Matojane said the case raised “an important question” about public law: the correct interpretation of the Correctional Services Act and its regulations.

“In my view, this matter merits the Supreme Court of Appeal’s attention,” said the judge.

He said he also thought another court may come to a different view on his order that the time Zuma had spent on medical parole should not be counted as part of his sentence.

Zuma was sentenced to 15 months' imprisonment by the Constitutional Court for contempt of court after he breached its earlier court order to abide by the state capture commission’s summons and appear before it.

Former president Jacob Zuma and his legal team on Tuesday apply for leave to appeal the recent ruling by the Gauteng high court in Johannesburg ...
Politics
6 months ago

However, less than two months into his sentence, former correctional services commissioner Arthur Fraser released him on medical parole, role — against the recommendation of the medical parole advisory board.

Matojane last week found that the decision was unlawful and set it aside.

On Tuesday, Matojane said he thought another court might come to a different view to his when he found that it was not unfair on Zuma that he should repeat the time he has spent on medical parole because it was not his decision but Fraser’s to grant the medical parole.

Second, said Matojane, the meetings Zuma had had with his political allies and a prayer meeting “was a one-off thing. His freedom of movement remains restricted and this has an impact on his dignity.

“He is serving his sentence, albeit outside prison,” he said.

Finally, said the judge, another court may consider that because of Zuma’s illness and advanced age, he needs to be treated with “compassion, empathy and humanness”.

Any hopes president Cyril Ramaphosa may have had for a quiet Christmas were dashed this week when the high court in Pretoria ordered former president ...
Opinion & Analysis
6 months ago

With former mayor Zandile Gumede affected by the ANC's step-aside rule, her supporters are searching for a replacement
News
6 months ago