While some organisations call for greater guidance, some are totally against the implementation of the policy, saying it will endanger the lives of educators. 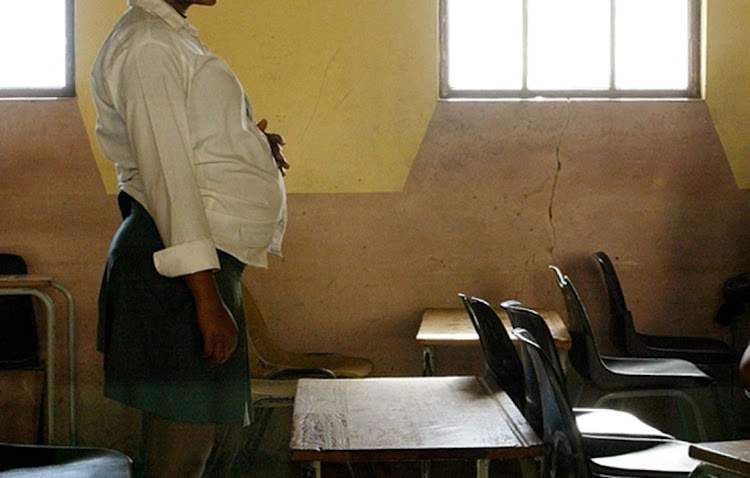 The introduction of a new policy by the department of basic education, which says schools will be compelled to report pregnancies of girls under the age of 16 to authorities, has not been welcomed by all.
Image: Esa Alexander

There has been mixed reaction to the basic education department’s new and long-awaited policy on the prevention and management of pupil pregnancy in schools.

According to the policy, which was approved by cabinet in September, it will become mandatory for teachers to provide counselling, support and advice to pupils who fall pregnant. They will also be required to report cases where a pregnant pupil is under the age of 16 and her partner over the age of 16 to police, as this will entail civil and criminal proceedings against him.

The provincial manager for the Public Servants Association (PSA) in Limpopo, John Teffo, said they were shocked by the policy and said it would put educators in the firing line.

“It is public knowledge that some learners are having sexual relations with older guys, some who might be dangerous. If they get to know that a certain educator asked the girl about a pregnancy and was reported to the police, the life of that educator will be in danger,” Teffo said.

CEO of the Federation of Governing Bodies of South African Schools (Fedsas), Dr Jaco Deacon, said they welcomed the introduction of the policy, but were concerned whether schools will be properly geared for it.

“It’s high time that the policy is put into place. It’s long overdue. But the bottom line is that teenage pregnancy is not a schooling matter, but a societal issue. We are also not sure if schools are ready for the implementation of this policy, and they will probably need some guidance and support to implement it. They will not be able to do it alone,” Deacon said.

He called on NGOs and community members to help schools in whatever way possible, to make this easy.

More than 600 mothers aged 10-13 years had given birth earlier but only registered the births in 2020, while 499 children in the same age group gave ...
News
7 months ago

“The other issue is that this will just add more responsibility to teachers who are already dealing with a lot. Schools are not well-equipped to deal with some of these things and there will be a need for intervention from people such as social workers, department of health and police,” he said.

Teffo also raised concerns about the legality of educators interrogating the pupils.

“This also needs to be explored against the rights of the learners that are supposedly being helped, as she could feel violated. The educators can also be victimised within their communities, especially where the perpetrator is a highly-influential person,” he said.

Teffo said the department’s desire to root out teenage pregnancy and ensure consequence management to those who are having sexual relations with young children is a good one, but said putting this responsibility on schools is misplaced.

“The policy could have an unintended consequence for educators, as they will also be the target of older boys who will label them ‘spies’ and will be their targets. The responsibility must be with parents,” Teffo said.

He said the PSA called upon the minister of basic education to withdraw the policy and engage with counterparts within social services, health and police to ensure collaborative efforts to root out teenage pregnancy, without putting the lives of educators in danger.

“We have witnessed many break-ins at schools and this policy might aggravate this behaviour because community members, including many boys, will be agitated by the implementation of this policy and turn their anger towards schools, damaging the already insufficient infrastructure,” Teffo said.

Figures for national deliveries in facilities by the department of health revealed that 132,612 girls aged 15 to 19 fell pregnant in 2020 and a further 35,209 between January and March this year. A shocking 3,774 girls aged 10 to 14 fell pregnant last year and 1,053 in the first three months of this year.

The Commission for Gender Equality has welcomed the announcement by the department of basic education that schools will be compelled to open cases ...
News
6 months ago