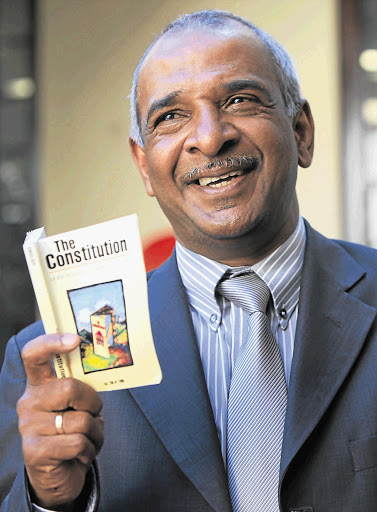 The Judicial Service Commission (JSC) sent a list of five names to the president after interviews in October. The interviews were a re-run of April interviews that were set aside by a court order.

The three shortlisted candidates who did not get the nod in this round were Supreme Court of Appeal justice Mahube Molemela, and Gauteng judges Fayeeza Kathree-Setiloane and Bashier Vally.

Mathopo, appointed a judge in 2006, was a favourite candidate among lawyers, especially those who work in the Gauteng courts, where he was a judge before his elevation to the SCA. From early in his career he has been involved in judicial education and mentoring for judges. While acting at the Constitutional Court, he penned the seminal judgment that extended the doctrine of common purpose to the crime of rape, thereby ridding the common law of one of its long-running sexist features.

Mathopo famously ordered the release of the spy tapes, one of the steps in the epic legal battle over corruption charges that Zuma is still to be prosecuted for — a decision confirmed by the Supreme Court of Appeal.

During his interview in April, he told the JSC that he was one of 11 children and that “everything that the family put together, they put together for my education”. He said that when he qualified, he then put half his siblings through university and two of his nieces had completed LLBs.

Kollapen became a household name in the 1990s when he was the chair of the SA Human Rights Commission. Appointed a judge in 2011, he remains a popular figure in the legal community, known for his compassion and for infusing his judgments with constitutional values. He was the judge who ordered that the failure of the basic education department to provide textbooks to schoolchildren in Limpopo was a breach of their rights.

He also refused to grant a permanent stay of prosecution against the man charged with the 1971 murder of liberation fighter Ahmed Timol. He was recently part of the three-judge bench who rejected the application by Ace Magashule to set aside his suspension as secretary-general of the ANC.

Kollapen was born and raised in Marabastad from where his family was forcibly removed in the 1960s, he said in his application. He returned there to practise in the 1980s — “a time when the country was burning, and communities were in constant conflict with the state”.

Kollapen came to represent many of those who came into conflict with the state, he said.

The statement from the presidency said that part of the administrative process was a requirement that the department of justice make a formal submission in relation to the JSC's recommendations. This was received by the presidency on December 21.

The office of the chief justice is set to launch an aspirant women judges programme in 2022.
News
3 weeks ago

Zuma, Hlophe: A year when the rule of law was taken to the brink

In a tumultuous year for SA's legal system, a former president was jailed, released, then ordered back to jail and is appealing. A chief justice was ...
News
3 weeks ago

Judges must not be swayed by thugs when making judgments

We must ensure that the judiciary does not come under pressure from those condemned by the law, writes Eusebius McKaiser.
Opinion & Analysis
1 month ago

Application is based on former chief justice's comments about SA's foreign policy towards Israel.
News
1 month ago