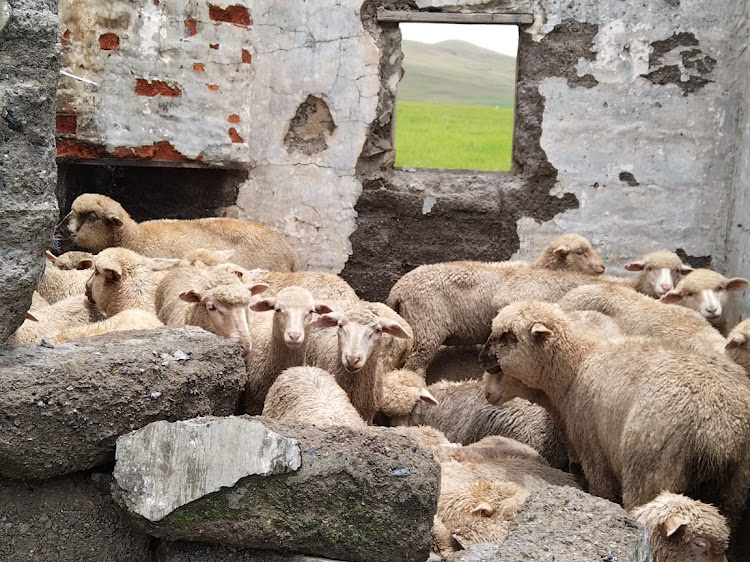 Police have given a KwaZulu-Natal farmer an early Christmas gift after they recovered 34 of his stolen sheep this week.

Provincial police spokesperson Col Thembeka Mbele said the sheep were found in an abandoned house in Kokstad. Mbele said the farmer noticed  sheep were missing when he counted his flock on his farm in Swartberg, Kokstad, on Tuesday.

“He noticed 36 sheep were stolen from one of his camps,” said Mbele.

“He checked everywhere. The next day, the Kokstad stock theft unit and a private security company received information regarding the stolen sheep. The team went to an abandoned house in Kokstad where 34 of the sheep were recovered. The stolen sheep were identified by the owner.”

According to the Hawks, the pair tried to sell the lion's head to a traditional healer for R350,000.
News
5 months ago

Two cops based at Winterton police station in the KwaZulu-Natal Midlands were among four people arrested for stock theft on Monday.
News
5 months ago

A 45-year-old mother and her son, aged 18, are expected to appear in the Bafokeng magistrate's court in Tlhabane on Monday for possession of ...
News
6 months ago

The gold ring has a green gemstone engraved with a figure of a young boy bearing a ram or sheep on his shoulders.
News
5 months ago