From flipping his first run-down house, SA designer plays in the big league 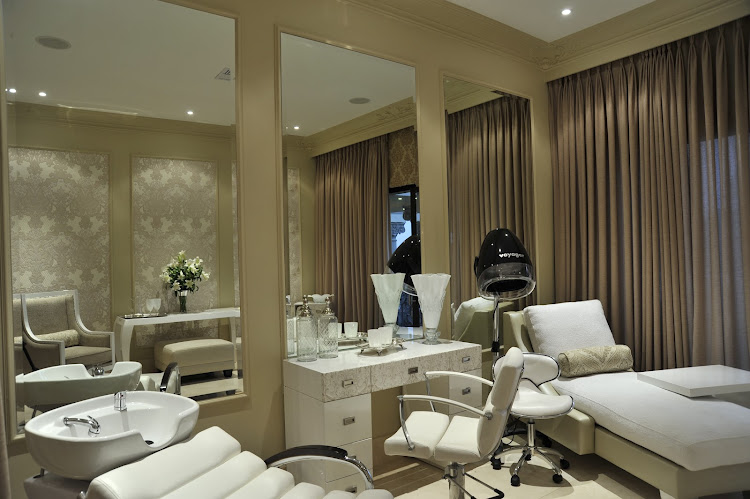 The home hair salon is one of the 'extravagant necessities' Pellerade provides for their high-end clientele.
Image: Pellerade Design

A spur of the moment decision to buy a run-down property instead of a used car has proved to be the perfect foundation for Johannesburg designer Stephen Pellerade to enter the big league property game.

Internationally renowned as an architectural designer for the global high-end market, he has never formally studied design. His latest offering? A mansion on sale for R150m in Gauteng’s upmarket Sandhurst.

Speaking from his second home in Cheltenham just outside the Cotswolds in England, Pellerade said it had been an interesting ride from his side hustles to heading his own iconic brand.

He’s involved in a number of multi-million dollar residential projects, with a confidential client list that include the who’s who of African royalty, CEOs of listed companies and young mining magnates after luxury dwellings.

Pellerade was living in Zimbabwe where he qualified as a chartered accountant. While interning for KPMG he rode a motorbike and took on odd jobs as he saved ZW$11,000 for his first car.

At an auction he came across a house with structural problems selling for the same price as the car, and on a whim decided to rather invest in the property. He fixed and sold it, made a profit, bought another and started flipping on the side.

A few years later he moved to Johannesburg and continued flipping, buying in Observatory, Linksfield, Bryanston, Dunkeld and Melrose. He would gut the houses, rebuild and sell them fully furnished.

“I had no idea what I was doing. I wasn’t a designer and it was unusual to sell furnished properties, but mine proved to be popular,” Pellerade said. 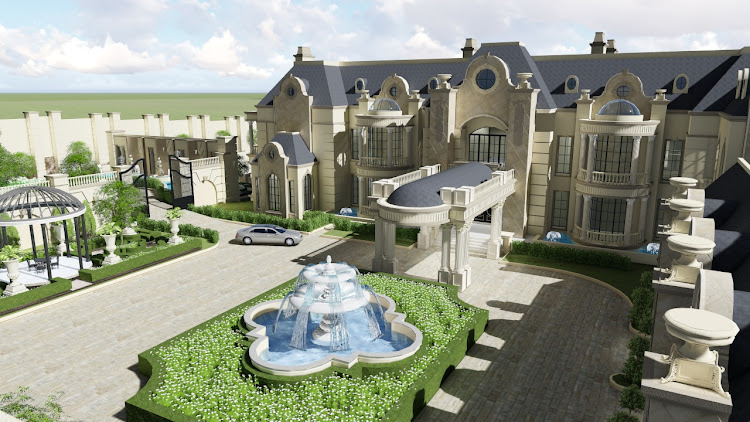 Designer Stephen Pellerade is planning this 5,000m2 home for a client in Gauteng in 2022.
Image: Pellerade Design

After realising that luxury property was his passion, he embarked on a year-long sabbatical in Marbella, Spain, where he worked for upmarket turnkey design house Interni.

“I learnt everything. We were involved every step of the way from finding the right piece of land to final hand over. For the big reveal we would invite the family into their new home late in the day. We would serve them dinner made in secret by chefs. During dessert the team would disappear.

“We would leave them to spend the first night in their designer home with bespoke linen on the beds, monogrammed towels, their clothes packed away in wardrobes on designer hangers and everything perfect.”

During this time Pellerade learnt the real meaning of “turnkey” — the perfecting of every element, from architecture to project management, interior architecture through design, finishes, décor and furnishings — all in a process of turning a client’s vision and dream into their reality.

It was a year of meeting top designers and manufacturers and attending design shows in Paris, Milan, Atlanta and Beijing. Along the way he met two global icons who shaped his work further. 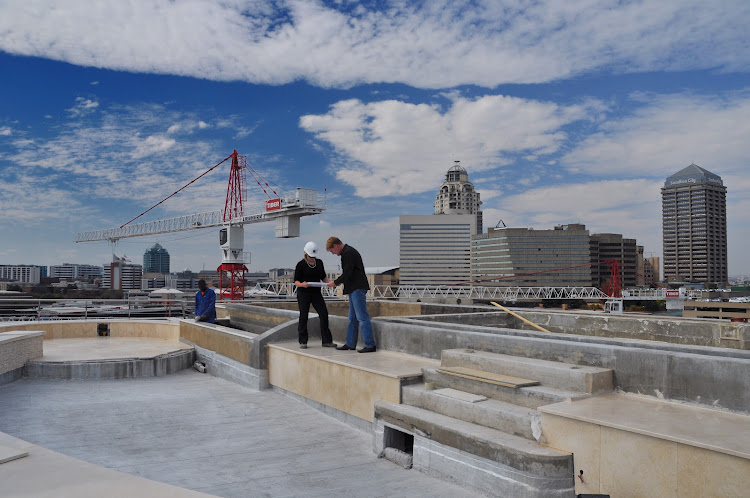 Catherine Memmi, based in Paris and one of the world’s leading furniture designers specialising in contemporary luxury, “became something of a mentor”.

His other influencer was Philippe Starck, the eccentric furniture and interior designer based in New York, who is responsible for the design of some of the most iconic interiors.

2001 - The year in which he first exhibited Pellerade furniture, exclusively designed and made, at international trade shows in Paris, Milan and Birmingham

R35,600 per m2 - The most expensive price for a Pellerade-designed residential property

6 - The number of African countries in which the Pellerade Design team has worked.

Pellerade returned to Johannesburg, intent on establishing his own brand and opened Pellerade Design House in Rosebank in 1995.

“I started out selling mostly furnishings and by 2000 people were saying, ‘I’ve got a Pellerade piece’. We were exhibiting at design shows around the world.”

As Pellerade Design House grew he developed a strategy to identify the right staff, impressed more by passion than learning.

“I would invite someone to an interview with a desk loaded with props. I would watch them interact with the items and see what textures and colours drew their eye, what lit a spark,” he said.

This was how he encountered Ashleigh Williams-Longueira 15 years ago, fresh out of design school.

“I realised she has the same OCD tendencies and minuscule attention to detail I do. She absolutely embodies passion, zest and spirit and is incredibly hands-on with all projects,” he said about the woman who is his right hand, and head of the Pellerade Joburg headquarters.

His brand has proceeded to skyrocket.

In 2010 he had finished the UN offices in Kenya and a luxury hotel in Mozambique when he beat designers from Paris and Moscow for a commission to design the Constitutional Court of Gabon.

For now he is negotiating the pandemic, settled in a stylish but manageable town house in Cheltenham with his partner and daughter Chelsea.

“I don’t think anyone can tell where we are going to end up. I know I want to get back to Joburg and get stuck into mothballed projects. It’s my favourite place in the world.”

It was the year of the social stumble, of stops and starts on the party scene, with masks and mini bottles of sanitiser the must-have accessories.
Lifestyle
6 months ago

SA designer was among four heavyweights who took juniors under their wing in the True Fashion: Try on Green programme
Lifestyle
6 months ago

The 45-minute live stream of the show closed with fireworks and a recording of Abloh's voice.
Lifestyle
6 months ago