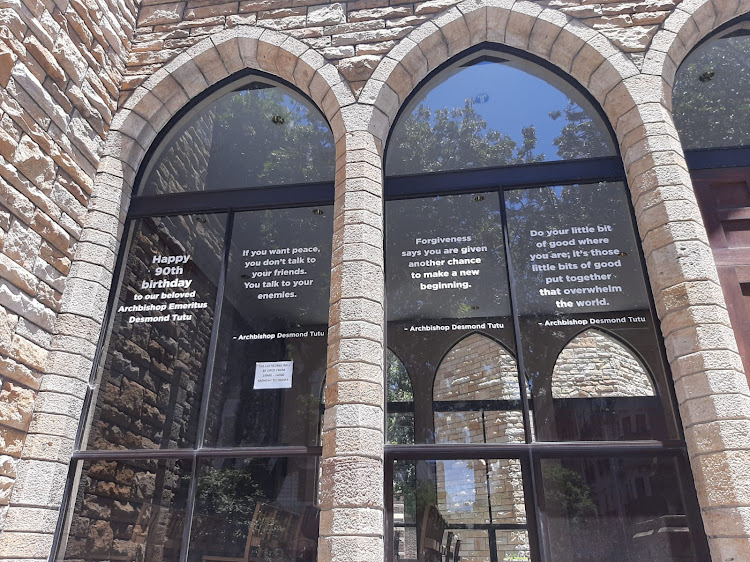 The body of the late Archbishop Desmond Tutu will lie in state for two days at the St George's cathedral in Cape Town
Image: Dave Chambers

A seven-day send-off is being organised for the late Archbishop Emeritus Desmond Tutu in Cape Town.

That’s according to church officials including Archbishop Thabo Makgoba and St George’s Cathedral dean Rev Michael Weeder who said that the plans include a lying in state ceremony, an ecumenical service as well as a requiem mass.

Makgoba told TimesLIVE on Sunday that he was en route to Tutu’s home following a briefing at the Cape Town civic centre and visit to the cathedral, where he would meet “Mama Leah” and their four children to finalise plans for the funeral and other events.

Weeder said the two days lying in state, which would allow the public to pay their respects is part of a seven-day plan to honour Tutu.

The cathedral which is the oldest in SA — it was built in 1901 — has historic significance for the Arch.

He led numerous marches and campaigns against apartheid from the steps of the building including a march in which they were sprayed with purple paint. The church is also known as the “people’s cathedral” for its role in the resistance against apartheid.

IN PICS | Briefing on the passing of Archbishop Emeritus Desmond Tutu

City of Cape Town mayor, Geordin Hill-Lewis has said the city will support the national government and Anglican Church with preparations for all ...
News
5 months ago

'He laughed, he cried, he loved': Archbishop Thabo Makgoba on Desmond Tutu