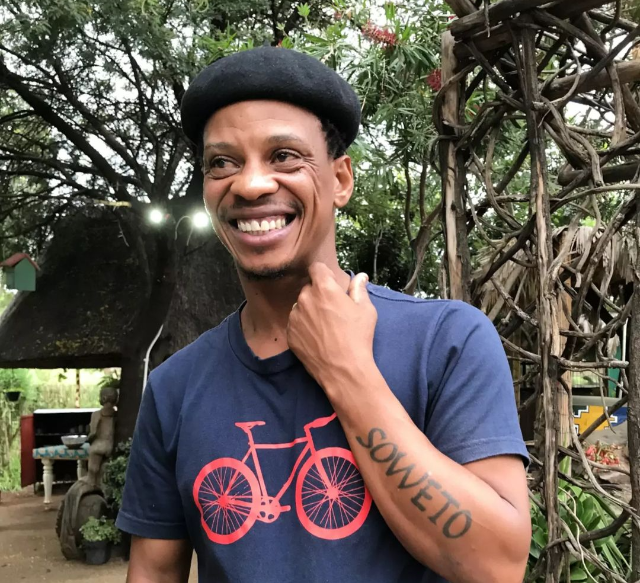 Tourism pioneer Lebo Malepa passed away on Christmas Day after a period of ill health.
Image: SowetobyBike via Instagram

Lebo Malepa, founder of Lebo’s Backpackers, cycle tours and tuk-tuk rides in Orlando West, Soweto, died at the weekend at the age of 46 after a period of ill health.

His Sowetobybike business said: “Heaven has gained another angel. But we are beyond heartbroken and [at a] loss of words as our Lebo passed away on Christmas Day after a period of ill health. A giant man with so much love.”

He is survived by his wife Maria and his children. His family asked for space and privacy to mourn their loss.

Malepa received multiple awards for his trailblazing initiatives in bringing tourists to townships, which had been isolated from the industry during apartheid.

He began by selling craftwork at the Hector Pieterson Museum after matriculating, where he realised the potential business opportunities flowing from interest in SA after democracy, which piqued the interest of foreigners wanting to see Soweto for themselves. He converted his grandparents’ matchbox home, where he had been living, into accommodation for backpackers and began offering home-grown experiences to visitors.

Joburg Tourism’s Laura Vercueil said Malepa “established himself as an inspirational leader and legend in the township tourism community. With deep roots in his community, he made a name for himself with his innovative, colourful and entrepreneurial approach.

“His award-winning establishment certainly went a long way in giving pleasure to thousands of urban tourists and putting Soweto firmly on the map as a destination for exciting, authentic experiences. He was remarkable — an original and a true gem.”

The Tourism Transformation Council of SA chairperson Lindiwe Sangweni-Siddo shared: “With deep roots in his community, Lebo established himself as a pioneer in township tourism. As a young South African, aged 46, he used his platform creatively to establish businesses many of us had not experienced in a free SA.”

“Amid the many challenges facing new entrants into the business of tourism, he found ways to penetrate the sector to show that it is possible to change the face of tourism and make it truly inclusive. He led transformation from bottom up.”

Malepa established the first graded backpackers’ destination in Soweto. “As he rode around Soweto with tourists in tow on the bicycles he rented out, he would take them to various places including the late Archbishop Desmond Tutu and Nelson Mandela's homes, along the same street and the only one in the world, in which lived two Nobel prize laureates. After daily tours, he would often take tourists back to Lebo’s Backpackers and sit around the fireplace where great storytelling would take place over a meal to remind folks from all over the world where we came from”, said Sangweni-Siddo.

“Lebo has proudly put the name of Soweto as a tourist destination on the world stage. He served tourists from all over the world with a beautiful smile, and proudly wore the name Soweto as a tattoo on his arm. He lived and died for tourism in Soweto.

“His trailblazing successes were celebrated in the many awards he won time and time again, which is a reminder to us all that it is possible to create tourism products in townships, small towns and rural communities, and still be recognised. Lebo was a transformation trailblazer of note and he left a legacy worthy for his life to be forever celebrated.”

FOR me the notion of a "township tour" has always conjured up images of tourists experiencing a location briefly and superficially. From the windows ...
Lifestyle
10 years ago

This Cape Town shisanyama was the heart of the township and an incredible attraction for international visitors and locals alike.
News
1 year ago