Major artwork and heritage items safe after parliament blaze, but some pieces still to be checked 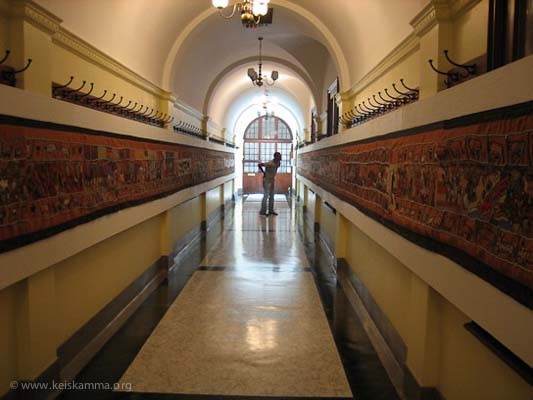 The Keiskamma Tapestry, a 120m-long history of the Eastern Cape frontier embroidered by more than 100 women in the early 2000s, was in the hallway of the parliament buildings when it was set ablaze on Sunday.
Image: Keiskamma Art Trust

About 4,000 art or heritage pieces were housed in parliament during the fire on Sunday.

But the status of all the historic pieces is not yet known as temperatures of 100ºC are still being reached in some parts of the building, according to a parliamentary presiding officers' media briefing on Monday.

National Council of Provinces chair Amos Masondo said the museum of art and heritage works, and the Keiskamma Tapestry, were safe.

The houses of parliament are made up of three sections. The first dates back to 1884, while the other sections, which hold the National Assembly, were built in the 1920s and 1980s.

The fire did the most damage in the newer sections.

According to parliament, the Artworks Office was established in 2001 to preserve, document and maintain its art, artefact and heritage collections.

A crew of about 10 firefighters are damping down the last hot spots after a fire in parliament’s National Assembly building on Sunday.
News
1 week ago

The first artefacts in parliament were acquired in the 1920s but did not represent all the people and cultures in the country.

From 2001 the Artworks Office has worked to correct the missing heritage by acquiring works of contemporary SA artists and traditional items which reflect indigenous knowledge systems.

Some of the artefacts date back to the 17th century and include drawings, paintings and sculptures. There is also a large collection of maps and photographs.

A new, but important artefact housed in parliament is the 120m-long Keiskamma Tapestry, which was created in the early 2000s by more than 100 women in Hamburg and other villages neighbouring the Eastern Cape town near the Keiskamma River mouth.

The embroidery has allegedly been spared from the fire.

The Keiskamma Tapestry is an embroidery modelled on the Bayeux Tapestry, an 11th century, 70m cloth depicting the events leading up to the Norman conquest of England.

The Keiskamma Tapestry tells the history of the Eastern Cape frontier, from the earliest inhabitants, the San, to the 1994 democratic elections.

The tapestry work was done to preserve history and to help the women who made it provide for their families with private donations and funding from the national arts and culture department.

The tapestry toured the country and is on loan to the parliament buildings.

Kate Crane Briggs, a curator of cultural experiences in and around Cape Town, has been running tours of the art and artefacts in parliament since 2012. 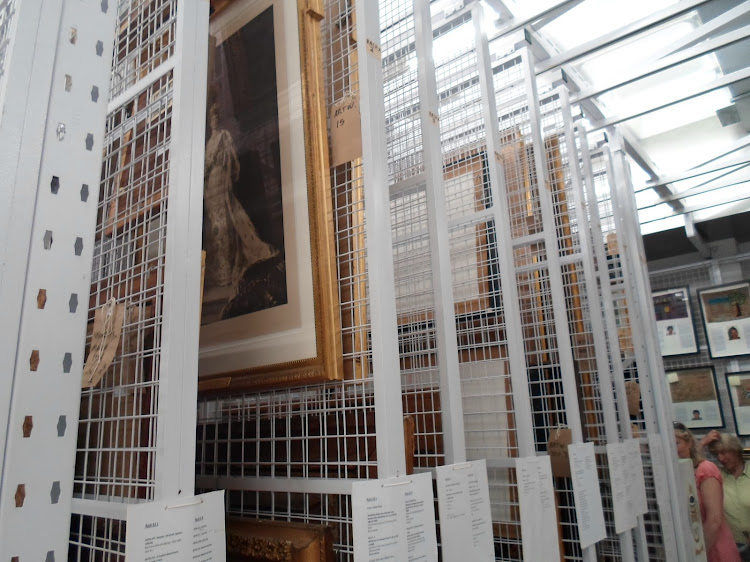 “We are still waiting for information on the damage at the buildings. When I saw the smoke at parliament at 7.30am I didn't think the fire would be so damaging.”

But when Crane Briggs eventually saw the size of the blaze, “I just panicked. I wasn't sure which building it was in. I was hoping it was in the more modern building, where the National Assembly is, where there are fewer artworks.”

She said the artefacts can be placed in two categories:

One example of artefacts not in the public view are pieces by François Levaillant, a French author, explorer and zoological collector.

“He did exploration into the interior [of the country] and his artworks are a visual record of what [the country] looked like and who lived in which places. There are even examples of wildlife which is now extinct.

The portfolio committee on public works and infrastructure has called for a speedy investigation into the disastrous fire that ripped through the ...
Politics
1 week ago

“But it's the history of the building too. It's atmospheric and impressive, housing a history — even a dark history of our government. The assembly is pregnant with what happened here — apartheid legislature was passed here, [Hendrik] Verwoerd was assassinated there.

“The building is designed by [famed architect Sir Herbert] Baker.

“It is the intangible [elements of the space] which is irreplaceable.”

Other important artefacts include works by cartoonist DC Boonzaier (1856-1950) and a hand-coloured map woodcut by Sebastian Munster (1489-1552).

A suspected arsonist is in custody for the fire.

“The person is now officially a suspect and will appear in court on Tuesday,” Hawks spokesperson Brig Nomthandazo Mbambo told TimesLIVE.

The Hawks have taken control of the investigation.

Mbambo confirmed that the 49-year-old suspect was not a parliament employee and had gained access to the precinct through a back window.

A fire that has damaged sections of parliament in Cape Town and now spread to the National Assembly chamber has sparked concerns over the opening of ...
Politics
1 week ago

President Cyril Ramaphosa says one person is being held for questioning after a fire broke out in parliament in the early hours of Sunday.
Politics
1 week ago

National Assembly speaker Nosiviwe Mapisa-Nqakula and chairperson of the National Council of Provinces Amos Masondo said no one had been injured in a ...
News
2 weeks ago