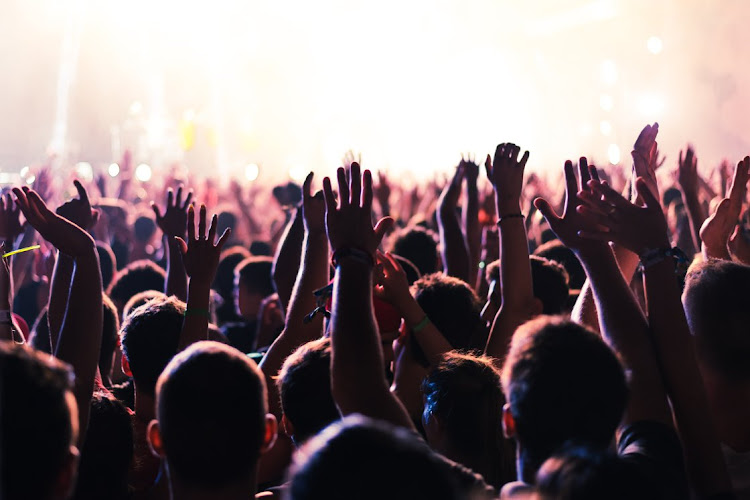 Government recently adjusted the lockdown level 1 restrictions to limit gatherings to no more than 1,000 people indoors and no more than 2,000 people outdoors.
Image: Bernard Bodo/123RF

Experts have warned about mass gatherings as potential Covid-19 superspreader events, but what number of people at a gathering is too many?

Where the venue is too small to hold this number of people with appropriate social distancing, no more than 50% of the capacity must be used.

“The risk of an increase in infections is still high given the high transmissibility of the Omicron variant. Government therefore calls on all organisers of these gatherings to ensure all health protocols are observed at all times and that all attendees are encouraged to be vaccinated,” it said.

While that might be helpful to define a large gathering, the World Health Organisation (WHO) said a “mass gathering” or “superspreader” event doesn’t have to have thousands of people in attendance.

“Lower profile conferences and events can also meet the WHO’s definition of a mass gathering. An event counts as a ‘mass gatherings’ if the number of people it brings together is so large it has the potential to strain the planning and response resources of the health system in the community where it takes place.”

In addition to how many people will attend, organisers must also consider the location and duration of the event.

“For example, if the event takes place over several days in a small island state where the capacity of the health system is quite limited, then even an event with a few thousand participants could place a big strain on the health system and be considered a ‘mass gathering’ event.

“Conversely, if the event is held in a big city in a country with a large, well-resourced health system and lasts a few hours, the event may not constitute a ‘mass gathering’.”

What precautions should I take when travelling during the Covid-19 pandemic?

While travelling it is important to follow all Covid-19 prevention measures, such as wearing a mask, washing hands frequently, maintaining physical ...
News
3 weeks ago

How can I best teach my child about Covid-19?

As the Covid-19 pandemic continues to spread across the globe, it is important that children feel safe, loved, included and supported.
News
3 weeks ago

How do I stay safe while exercising during the pandemic?

It is safe to exercise during the Covid-19 pandemic, but experts have provided safety guidelines.
News
4 weeks ago

I am vaccinated against Covid-19, how likely am I to recover if I'm infected?

People who are vaccinated against Covid-19 have a greater chance of recovering should they contract the coronavirus, says the health department.
News
1 month ago