We need more than catharsis, plus five talking points from ‘Vrye Weekblad’ 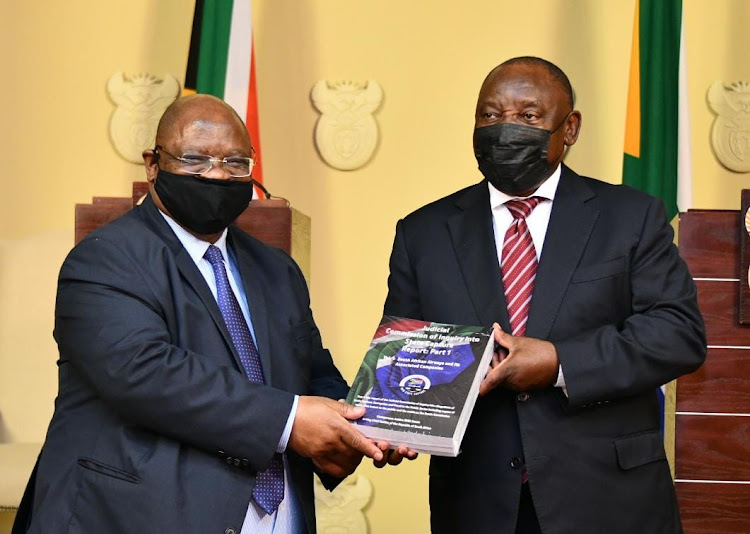 The diagnosis is final and official: Jacob Zuma and a group of politicians, bureaucrats and business people hijacked and corrupted the SA state for their own gain and left it morally and economically bankrupt.

If the patient doesn’t get urgent treatment, the diagnosis is terminal.

The clamour of voices is echoing around the country: Prosecute! Put the crooks in orange overalls!

If, however, our criminal justice system did not have the capacity to stop thugs and villains in their tracks in 2021, how realistic is it to expect this to suddenly happen in 2022? After all, nothing has changed.

This could only change if the legal profession seconded attorneys and lawyers to the National Prosecuting Authority and the auditing firms followed suit with chartered accountants. Maybe AfriForum could send Adv Gerrie Nel and his investigators.

It could become one of the most successful public-private partnerships.

As justice Zondo points out, corruption and abuse of power are not just the ANC and the  government’s problems, but the entire country’s.

Ramaphosa should implement Zondo’s recommendations such as the creation of an independent anti-corruption agency. “In leading the fight against corruption, the agency will be providing an essential service for both the public and private sectors and both should contribute in some appropriate way to its funding.”

The president could also take Zondo’s advice and move the Hawks to the NPA. Adv Shamila Batohi and her team’s hands are tied if their investigators don’t do their work.

A more urgent move might be to finalise the ongoing investigation into the suitability of the public protector, Busisiwe Mkhwebane. Keep in mind that the Zondo report has come about as a result of the work of Mkhwebane’s predecessor, Thuli Madonsela.

In the first part of the report, Zondo recommends that several people be prosecuted. The list will grow in the second and third reports. It could be years before all of them, or at least most, are charged.

In the next few months, the NPA should bring relatively uncomplicated but symbolically significant cases to court: the former boss of the SA Revenue Service, Tom Moyane; former SAA chair Dudu Myeni; former Transnet CEO Brian Molefe. They were all senior figures in state capture and close to Jacob Zuma.

“The Sars evidence is a clear example of how the private sector colluded with the executive, including President Zuma, to capture an institution that was highly regarded internationally and render it ineffective. What occurred at Sars was inevitable the moment Mr Moyane set foot there. He dismantled the elements of governance one by one,” Zondo said.

“The only feasible conclusion is that the organisation was deliberately captured and President Zuma and Mr Moyane played critical roles in the capture of Sars, dismantling it in the way it was done during Mr Moyane’s term as commissioner.”

The Zondo commission’s cloud hangs primarily over members of the RET faction. After all, state capture was Zuma’s baby.

WE CAN'T DO THIS ALONE | The small band of SA special forces members can't fight against the Islamic insurgents in Mozambique without help for much longer.

THE 5G FIGHT | Two of the US's largest government agencies find themselves on opposite sides of an intense fight over the implementation of 5G.

CONNECTING THE DUDU DOTS | We take a closer look at Dudu Myeni, the schoolteacher who became one of the most powerful influences during Zuma's state capture years.

LAST CHANCE! | We have a festive discount for you: get 30% off on a standard monthly Vrye Weekblad subscription, and on a gift voucher for someone else.