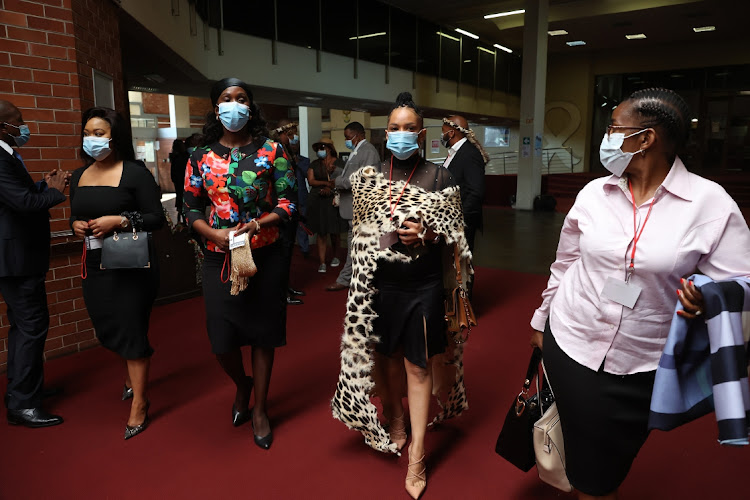 Lawyers acting for Queen Sibongile Winifred Zulu, who is seeking to be declared the only lawful wife of the late King Goodwill Zwelithini to inherit half of his estate, want to amend their papers to ask for an order that his customary marriages to his other five wives are null and void.

This after an apparent legal conundrum emerged in their case on Tuesday when they applied for the recusal of presiding judge Isaac Madondo.

They said Madondo could not hear the matter because he had officiated at one of the customary weddings.

Madondo, after hearing argument, pointed out that they had not, in their papers, asked for a declaratory order that the customary marriages were invalid.

He had no conflict of interest, he said.

The lawyers then asked for permission to amend their papers.

Madondo is expected to rule on this application on Wednesday.

There are two main issues before the judge: the “inheritance issue” and allegations by Princesses Ntandoyenkosi Zulu and Ntombizosuthu Zulu-Duma, Queen Sibongile’s daughters, that the late King’s will was a fraud and his signature had been forged.

In heads of argument, lawyers acting for prime minister Mangosuthu Buthelezi  argued that the marital status of Queen Sibongile was a non-issue.

Advocate Griffiths Madonsela, SC, said her claim to half of the late king’s estate, based on the fact that she was the only one married to him in terms of civil laws, could be handled by the executor of the estate.

“She seeks an order which harks back to the past. It is ironic that her claim of pre-eminence of her civil marriage, above the customary marriages of the other queens, invokes the infamous apartheid law, the Native Black Administration act, the very piece of legislation responsible for demeaning African people of this country. Happily the wrongs of the past have been made right.”

He said the court could not grant her elevated status because she had not sought an order that the king’s other marriages should be nullified.

He said the will issue, to be argued on Wednesday, was also a non-issue, primarily because the royal household had spoken and, in terms of correct customary law, had named Prince Misuzulu, who was born of royalty, as the heir.

“There is  no dispute in the royal family as to who the successor should be,” he said.

The princesses belatedly amended their papers, asking that the succession “dispute” be referred to the KwaZulu-Natal premier to investigate for referral back to the family for reconsideration or resolution.

Madonsela said there was no dispute.

The case resumes on Wednesday morning.

The Zulu royal succession legal battle kicked off in the Pietermaritzburg high court on Tuesday with an oral application for acting judge president ...
News
4 months ago

A showdown is expected at the Pietermaritzburg high court on Tuesday where the Zulu royal family are expected to slug it out in the ongoing battle ...
News
4 months ago