Covid-19 fourth wave — here’s where we are with vaccinations, hospitalisations and new cases 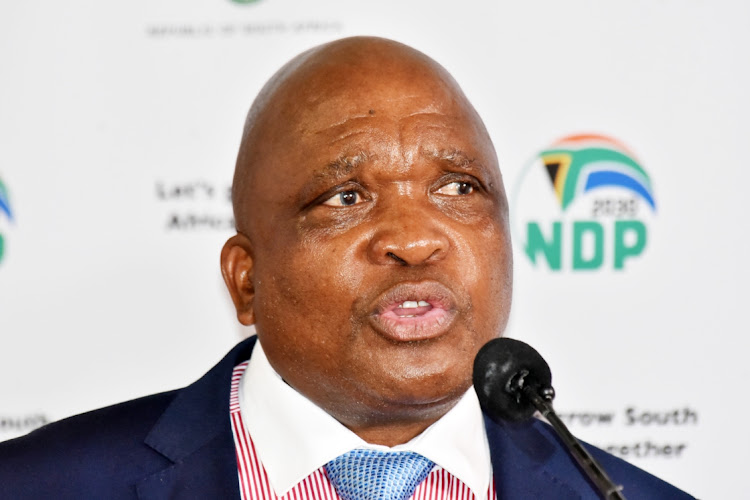 Health minister Joe Phaahla says Covid-19 vaccination numbers remain low and the department did not see the expected uptake over the festive season.

On Friday he said there were concerns around the impact of the fourth wave as more people travelled between provinces during the festive season.

In a joint press briefing with the National Institute for Communicable Diseases (NICD), Phaahla reiterated the Omicron variant was “very deadly” and people with comorbidities, the elderly and unvaccinated people were at a higher risk of infection, hospitalisation and death.

Here are five things you need to know about Covid-19 in SA:

Are new cases increasing or decreasing?

The minister said there was a 27% reduction in new cases this week compared to the week before. Hospitalisation was reduced by 6% in most provinces, excluding Mpumalanga, Western Cape and Northern Cape, which reported increases.

“Overall, admissions in this fourth wave have been lower compared to the previous waves. Similar patterns have been observed in fatalities. Gauteng has officially exited the fourth wave this week. All provinces have reached their peak and are on a decline,” said Phaahla.

Which provinces are leading the vaccine fight?

The Free State has the highest number of vaccines administered in proportion to its adult population.

The minister said the province has the highest percentage of its adult population with one jab or more.

Mpumalanga and KwaZulu-Natal have the lowest number of vaccines administered in proportion to their populations. Gauteng is at 42%.

According to the latest statistics, Gauteng has the highest number of vaccines administered, with more than 8-million doses given in the province. The Western Cape follows with more than 4.5-million.

Do I have malaria or Covid-19?

Here's how to differentiate between malaria and Covid-19.
News
1 week ago

Which age group is least affected by Covid-19?

Dr Michelle Groome of the NICD said children under the age of 10 years have remained the least affected by Covid-19 across all age groups. However, there was a notable increase in Covid-19 cases among 20 to 39-year-olds compared to previous waves.

Where is Omicron most dominant?

Groome said the variant is dominant across provinces. She said there was a decrease in case numbers and an increase in daily tests, which she attributed to people returning to work after the festive season.

How many unvaccinated individuals were hospitalised during fourth wave?

“Admissions were much higher in younger people, where vaccination rates are lower. It was also a bit lower for people under 40, where vaccination coverage was a bit higher and they have probably received their series of vaccinations months ago and are due for booster doses,” said Jassat.

A Johnson & Johnson Covid-19 vaccine booster shot is 85% effective in protecting against being hospitalised by the Omicron variant for 1-2 months ...
News
1 week ago

Death rates are rising as Omicron conquers continent, although they are not as high as in previous waves
Africa
1 week ago

The minister said regulations will remain in place to ensure the safety of staff, pupils and teachers and minimise their chances of contracting and ...
News
2 weeks ago