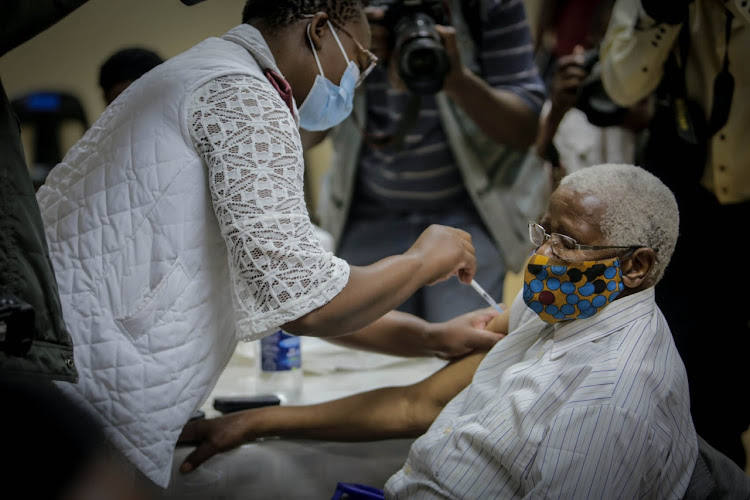 The government’s vaccination programme suffered during the festive season because many were focused on spending time with loved ones rather than getting the Covid-19 jab.

This is according to health minister Joe Phaahla, who together with a panel of health experts on Friday provided an update on the vaccination rollout programme and the government’s fight against the pandemic.

“Our vaccination programme struggled over the festive season. As we reported on December 17, all provinces took steps to improve access with mobile and pop-up sites at places including toll gates, roadblocks and shopping malls, and even at the beachfront in Durban.

“The uptake of these opportunities was not very big as people focused on their festivities and leisure,” Phaahla said.

He said after an almost complete lull between Christmas and New Year, the vaccination rate had picked up slightly, but was below 100,000 doses a day.

Phaahla said by close of business on Friday, 28.7-million doses had been administered to 18.4-million adults, which translates to 45.5% of all adults above the age of 18 having received at least one jab.

“Those who are fully vaccinated stand at 15.9-million, which is 40% of our adult population.”

The leading province in vaccine coverage was the Free State at 54.1%, followed by the Western Cape at 53.6%, Limpopo at 52.2% and the Eastern Cape with 50%, Phaahla said.

“Last night Gauteng crossed 8-million doses administered, which is a significant milestone. The challenge is the huge population to be serviced.”

Phaahla said the government’s main priority was the full vaccination of at least 70% of the adult population.

A Johnson & Johnson Covid-19 vaccine booster shot is 85% effective in protecting against being hospitalised by the Omicron variant for 1-2 months ...
News
1 week ago

Covid-19 fourth wave — here’s where we are with vaccinations, hospitalisations and new cases

Health minister Joe Phaahla says Covid-19 vaccination numbers remain low and the department did not see the expected uptake over the festive season.
News
1 week ago