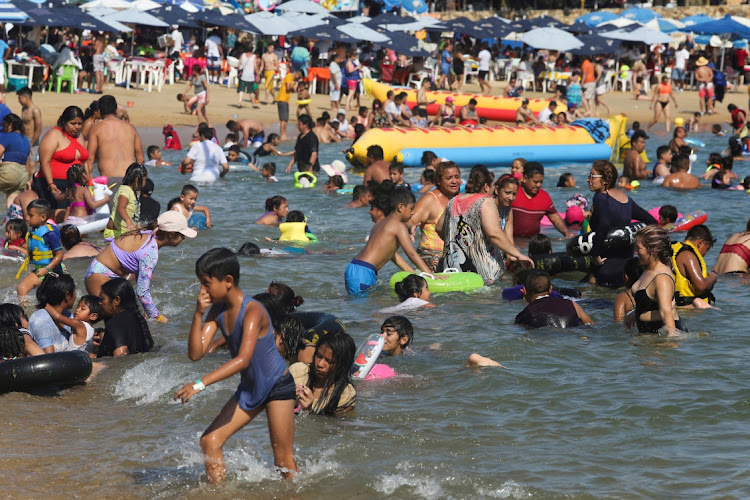 Former world number one Andy Murray expressed sympathy for Novak Djokovic after the Serbian's hopes of winning a record 21st Grand Slam title at this year's Australian Open ended on Sunday at the conclusion of a long-running visa saga.

A Federal Court's decision to uphold a government decision to cancel Djokovic's visa means the nine-times Melbourne champion will be heading home as the tournament starts on Monday.

Murray, who has lost four Australian Open finals to his career-long rival Djokovic, said he felt for his old junior rival.

"It is not great for the tournament because it is better when all of the top players are playing in the event," wildcard Murray was quoted as saying by the BBC.

Tennis superstar Novak Djokovic flew out of Australia on Sunday after a court upheld the government's decision to cancel his visa, capping days of drama over the country's Covid-19 entry rules and his unvaccinated status.

The unanimous ruling by a three-judge Federal Court bench dealt a final blow to Djokovic's hopes of chasing a record 21st Grand Slam win at the Australian Open that starts on Monday.

The Serbian player went to the airport in Melbourne just hours later. Federal agents escorted him and his team from the business lounge to the gate, where he boarded an Emirates flight bound for Dubai. The flight took off shortly before 11pm (12:00 GMT).

The 2021 matric pass rate will be lower than 2020 after pupils lost more than half a year of classes in Grade 11 as a result of Covid disruptions, according to academics and a principals’ association.

Prof Chika Sehoole, the dean of the education faculty at the University of Pretoria, forecast the pass rate would decline by five to 10 percentage points from 76.2% in 2020.

Basic education director-general Mathanzima Mweli told a standardisation meeting convened by education body Umalusi on January 6 that “the crucially important foundation that grade 11 work builds in preparation for grade 12 was weakened” after last year’s matrics lost more than half of their grade 11 year.

Women, blacks and the elderly are among those in SA who have been worst affected economically by the pandemic, according to a new vulnerability index.

Derek Yu, an associate professor in economics at the University of the Western Cape,  decided to revise and improve upon an existing vulnerability index compiled by StatsSA in 2020, taking into account socioeconomic, demographic, housing, hygiene and health factors.

His findings have been published in a research paper titled “Revisiting the Covid-19 vulnerability index in SA”.

Tennis world number one Novak Djokovic said in a statement on Sunday that he was "extremely disappointed" with the decision to cancel his visa to enter Australia, but would cooperate with the authorities in relation to his departure from the country.

The Serbian champion said he hoped the focus would now return to tennis and the Australian Open Grand Slam, which starts in Melbourne on Monday.

Djokovic had appealed Immigration Minister Alex Hawke's decision to cancel his visa on the grounds that he was a threat to public order because his presence would encourage anti-vaccination sentiment amid Australia's worst Covid-19 outbreak.

Novak Djokovic was set to be deported from Australia after a court on Sunday dismissed his appeal against the government's cancellation of his Australian visa on the grounds that his decision not to be vaccinated posed a risk to the country.

Djokovic had appealed immigration minister Alex Hawke's use of discretionary powers to cancel his visa on the grounds that he was a threat to public order because his presence would encourage anti-vaccination sentiment amidst Australia's worst outbreak of the virus.

Chief justice James Allsop said the Federal Court ruling was based on the lawfulness and legality of the minister's decision in the context of the three grounds of appeal Djokovic's team lodged.

Australia's daily coronavirus infections on Sunday fell below 100,000 for the first time in five days, amid expectations that the Omicron wave had neared its peak in New South Wales, the worst-hit state.

A total of 85,824 cases were reported by midday, down from the pandemic high of more than 150,000 hit on Thursday, with infections steadily falling since then. Northern Territory, which has been reporting cases in the hundreds, and largely virus-free Western Australia are due to report later.

Health authorities on Saturday said modelling suggested Australia was close to the peak of its worst outbreak in the pandemic but warned cases would remain elevated over the "next few weeks".

More people have also been admitted to hospitals than at any other time during the pandemic but authorities have said the health systems can cope with the rising cases.

Amid the Omicron surge, officials have been pushing for more residents to get vaccinated in Australia, where more than 92% of the population above 16 are already double-dosed.

Britain's vaccinated travellers will be able to go on half-term holidays next month without taking Covid-19 tests on their return, The Times reported.

Transport minister Grant Shapps is in favour of ending the testing system for the double-jabbed in time for the February break, the report said.

An announcement on the change in guidance would be made on Jan. 26, the report said. - Reuters