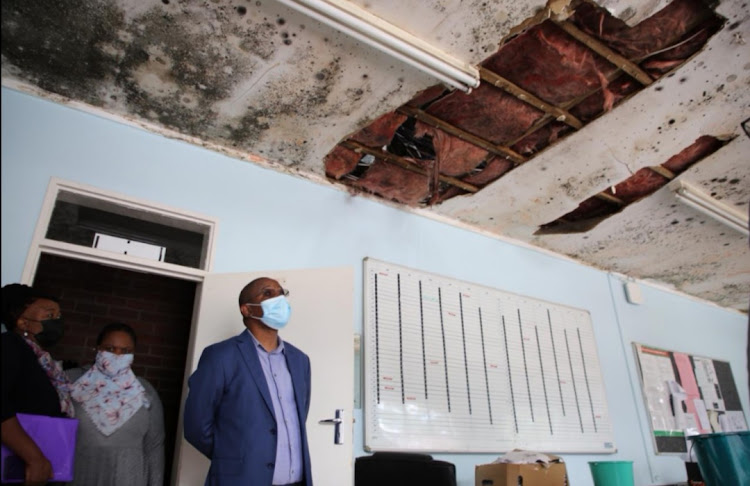 KwaZulu-Natal education MEC Kwazi Mshengu has promised to fix storm damage at a high school in uMgungundlovu with a strong academic track record.

Mshengu visited the eMzamweni high school on Monday during an assessment of schools damaged in the storms and floods in the northern parts of the province.

He was also checking on the state of readiness before the official start of the academic year on Wednesday.

Mshengu said while he was pleased with the school's record, it was important that teachers help neighbouring schools whose performance was not on par.

The school has 2,166 pupils and has had to use mobile classrooms.

“Your good performance has also become a disadvantage for you, as parents are eager to place their children at the school.

“So you battle with resources. It would be your responsibility to ensure the neighbouring schools perform well.”

Preliminary reports showed that 186 schools were  affected by the inclement weather.

“The numbers have since gone up. We commit ourselves that despite all of this we would support our schools. The inclement weather conditions have caused havoc,” said Mshengu.

It was all systems go for the start of the academic year, except in areas such as Ladysmith, which were badly affected by the storms.

“We have seen people drowning and we don’t want that to happen to our pupils. We call on school principals and circuit managers and district directors to assess the situation and act with speed.”

Ngubane said the school had maintained a good reputation in the community of Vulindlela.

This was thanks to, among other things, the discipline of pupils, commitment of teachers and parents.

Mshengu said the department would spend more money on schools. Construction work at 54 new schools would be completed within three months and more electronic aids, such as laptops, would be acquired.

“We no longer want chalk boards, but rather electronic boards,” said Mshengu.

A total of 186 KwaZulu-Natal schools have been affected by recent storms, with the province in a race against time to ensure they are functional when ...
News
4 months ago

‘No, you can’t have your report because your fees are outstanding’