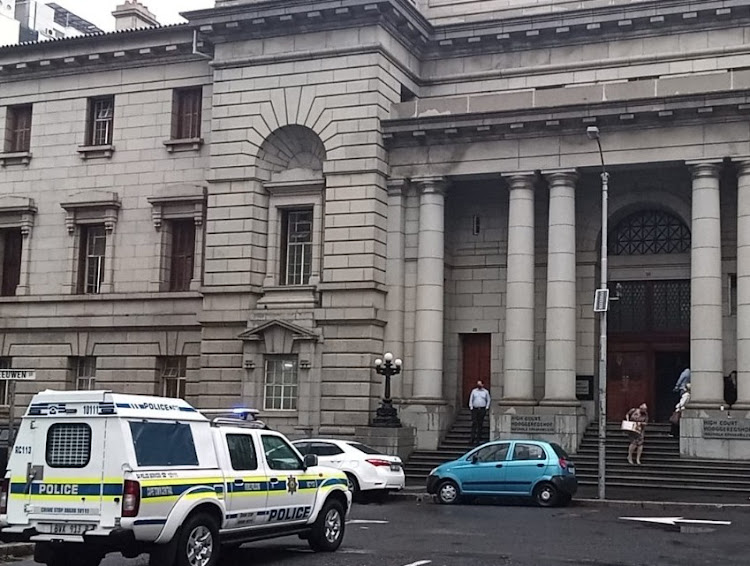 Alleged parliament arsonist Zandile Mafe and the state are heading for a showdown in court.

The high court in Cape Town will hear two applications brought by Mafe.

On Tuesday, the court will hear the 49-year-old’s application to review and set aside Cape Town magistrate Zamekile Mbalo’s decision to refer him for 30 days' observation at Valkenberg Hospital. This followed a report handed in by the state which stated Mafe had been diagnosed with paranoid schizophrenia.

Mafe is also set to bring a formal bail application on Saturday.

He faces housebreaking with the intention to commit theft, theft, arson, malicious injury to property and contravention of the Protection of Constitutional Democracy Against Terrorism and Related Activities Act charges. He has been in custody since January 2 after a fire gutted the National Assembly building in Cape Town.

Mafe maintains he is mentally sound.

Both parties’ court papers offer a glimpse of what they have up their sleeves.

“I must highlight that prior to my court appearance neither myself nor my legal representatives had been alerted by the state that they wish to refer me to Valkenberg Hospital for medical examination,” Mafe said in an affidavit.

“It was a textbook case of an ambush which was inexplicable in the totality of the circumstances. My appeal for an intervention by the learned magistrate unfortunately fell on deaf ears. My legal representatives had attended the court appearance with the sole intention of applying for bail. I am advised this was highly publicised by media outlets. To my astonishment, the state informed the court that they did not come to court to argue a bail application but merely to refer me for medical examination at Valkenberg Hospital.”

Mafe has dismissed the terrorism charges as “trumped up”.

Parliament suffered a major security breach two weeks ago but police took no chances on Saturday for the bail application of a destitute man accused ...
News
5 months ago

He said the “trumped up terrorism charge is a transparent attempt and a cheap strategy to make my bail application more onerous. Alternatively, the investigations are now complete. I am advised that the last-minute introduction of schedule enhancing charges, sometimes only to withdraw them before the trial, is one of the oldest tricks in the book of prosecutors who are hell-bent on delaying bail.”

He said the case had become a high-profile matter, “a terrorism trial in a free SA”.

“This has made me highly recognisable and it will be almost impossible to hide in any place in this country or elsewhere,” Mafe’s affidavit reads.

Mafe said he has lived in Site B, Khayelitsha, for almost two years and is originally from the North West.

The terrorism charge falls under schedule 6, which places the onus on Mafe to convince the court it is in the interest of justice to release him on bail.

A Mitchells Plain mother who feeds homeless people in Cape Town's CBD believes the man accused of setting the National Assembly on fire is being ...
News
5 months ago

“If need be, I am prepared to be released to the custody of my blood relatives who live in the North West,” his affidavit reads.

“The police visited them on or about January 5 2022. These and other exceptional circumstances will serve to convince this honourable court that my constitutional rights ought to remain intact unless there is a justification to hold otherwise. I am advised it will be argued that the incidence of onus does not detract from my constitutional right to be released on bail. No statute can precede the constitution.”

His bail application, brought on an urgent basis last Saturday, could not be heard.

“He [Mafe] will remain an inpatient for a period of 30 days while undergoing observation, irrespective of a decision to grant him bail,” Gelderblom said in an affidavit.

“The outcome of the psychiatric evaluation is essential to the determination of bail by the trial court.”

The Hawks will determine the circumstances around the fire that gutted the National Assembly building after the withdrawal of firefighters who worked ...
News
5 months ago

“[Mafe] has not deposed to a founding affidavit, and the copy served received is not signed,” Gelderblom said in the affidavit.

“On the assumption that [Mafe] has deposed to an affidavit, it is respectfully submitted that [he] may not have the requisite mental capacity to depose thereto.

“This honourable court is reliant on the information provided by [Mafe] under oath to determine the relief sought. It is undisputed that [Mafe] has been provisionally diagnosed with paranoid schizophrenia by a district surgeon, which goes directly to his mental facilities and ability to understand proceedings and provide truthful and accurate information. Again, I point out that this information is all before the trial court, which is best placed to deal with the submissions and evidence as produced by the state in respect of bail.”

The man accused of setting fire to parliament will make a bail application on Saturday in front of Western Cape judge president John Hlophe.
News
5 months ago

In case you missed it, there’s been an interesting start to 2022

A lot has happened in the past 10 days. Here’s a quick catch-up of some of the national highlights and lowlights
News
5 months ago

WRAP | From buildings to artwork — the parliament fire in numbers

Firefighters have withdrawn from the parliamentary precinct and the buildings have been handed over to the Hawks for investigation.
News
5 months ago