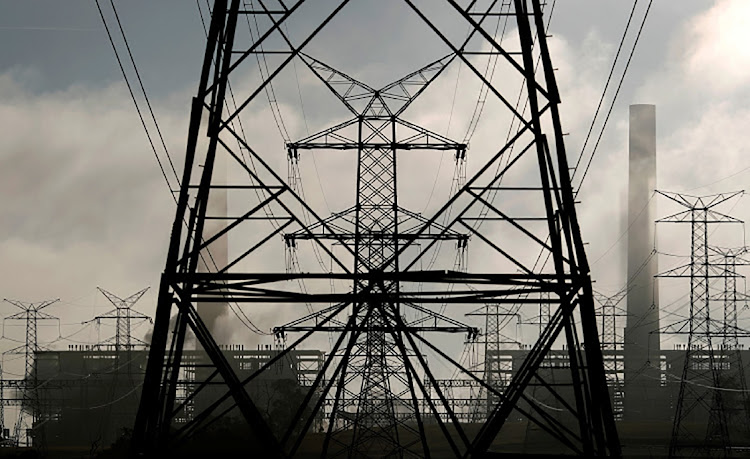 Saving Eskom is a massive undertaking, with SA’s economy at stake as it struggles to supply uninterrupted electricity.
Image: REUTERS/ TIM WIMBORNE

Bondholders are forming a common front to protect their interests as the state-owned company takes steps to split into three entities, according to people familiar with the matter who asked not to be identified because the information is private. While Eskom’s R392bn of debt will remain under the holding company for now, some bondholders fear it may be distributed across financially weaker units, they said.

Saving Eskom is a massive undertaking, with SA’s economy at stake as it struggles to supply uninterrupted electricity.

President Cyril Ramaphosa first announced a turnaround plan in 2019, though progress has been slow as the details are debated, especially around the debt pile, which Eskom wants government to help cut in half. 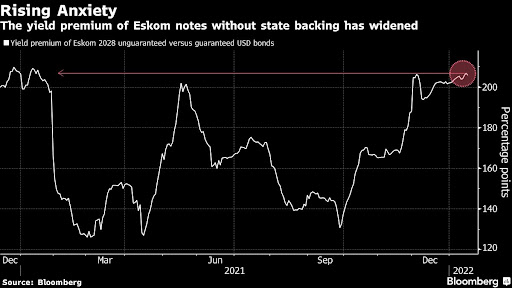 Eskom's creditors started working with Rothschild & Co as the power utility prepares a long-awaited reorganisation aimed at returning it to profit and reducing its debt.
Image: Bloomberg

The company needs the consent of creditors before completing the spin-off of its transmission unit. In a presentation published last month, the utility said it “believes the unbundling of the transmission unit business to the National Transmission Co of SA will not negatively affect Eskom’s existing debt facilities”.

However, creditors are concerned revenue streams and earnings may be affected, eroding the company’s ability to service and repay the loans. Unsecured creditors may be those with the most to lose as they would have recourse to a smaller portion of Eskom’s assets, the sources said. About 74% of Eskom’s debt is guaranteed by government.

Eskom’s dollar yields have climbed to the highest levels since March, in line with the rise in global yields as the US Federal Reserve moves closer to raising interest rates. But the premium investors' demand to hold the company’s unsecured debt rather than bonds guaranteed by government has widened in recent weeks, suggesting some investor anxiety.

Eskom has begun the legal separation of its transmission unit, designed to help open the grid to private suppliers and allay electricity shortages that have curbed economic growth. As part of the reorganisation, a significant portion of the debt is to be housed in the generation unit, whose programme to build new capacity resulted in defective, over-budget, coal-fired plants yet to be completed.

The split of that business along with the distribution arm is expected to start later this year. The company said last month it will engage with creditors to gather their feedback on future unbundling steps. It is working with Lazard Ltd as financial adviser and the legal firm White & Case LLP on its restructuring plan.

Eskom has also warned it needs the debt to be resolved to accept $8.5bn (about R131bn) in grants and loans from wealthy nations — made at the COP26 climate summit — to help SA move away from coal.

The unbundling of the three operational units would give government a better idea of the valuations of those entities, after which it would decide how to distribute the debt and deal with any remaining amount, public enterprises minister Pravin Gordhan said in November.

Finance minister Enoch Godongwana would have to decide whether the government assumes part of Eskom’s debt by the time of the budget in February, giving consideration to the serious fiscal constraints the country is facing, Gordhan said.

Eskom will take two of units at Koeberg offline this year for maintenance, increasing the risk of power cuts for the country after record outages in ...
News
5 months ago

The Black Management Forum has called for companies complicit in state capture to be prohibited from doing business in SA, also lambasting the role ...
News
5 months ago

The arrests were made after a shoot-out between the suspects, police and security guards.
News
5 months ago

Cape Town is asking Eskom to withdraw its request for a 20.5% increase in tariffs for 2022-23, saying residents can’t afford it.
News
5 months ago