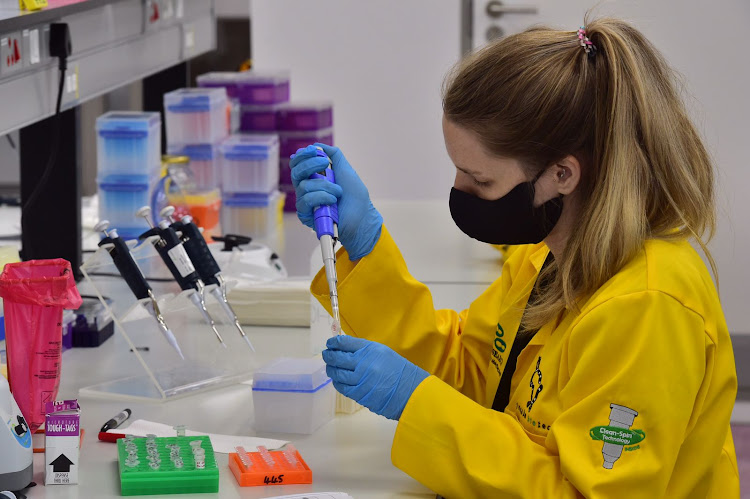 A technician at the Chan Soon-Shiong Centre for Epidemic Response and Innovation at Stellenbosch University on January 19 2022.
Image: Elmond Jiyane, GCIS

A manufacturing operation which will allow next-generation vaccines to be manufactured in SA for the rest of the continent was launched in Cape Town on Wednesday by President Cyril Ramaphosa.

NantSA has been established in Brackenfell by billionaire Patrick Soon-Shiong, founder of the multinational conglomerate NantWorks, who was born in SA and graduated from Wits University medical school.

Ramaphosa and Soon-Shiong also launched the Coalition to Accelerate Africa’s Access to Advanced Healthcare, which aims to drive the development of  innovative therapeutics and ensure the continent is prepared for future pandemics.

The coalition aims to manufacture a billion doses of the Covid-19 vaccine by 2025 and to develop treatments for conditions including cancer, Covid-19, tuberculosis and HIV/Aids.

Earlier on Wednesday, Soon-Shiong was at Stellenbosch University for the launch of the Chan Soon-Shiong Centre for Epidemic Response and Innovation.

The Chan Soon-Shiong Family Foundation is also supporting the establishment of  institutes for infectious disease and cancer centres of excellence at the universities of Cape Town and the Witwatersrand.

Soon-Shiong runs NantWorks from Los Angeles and has signed a collaboration agreement with the CSIR and SA Medical Research Council (SAMRC).

Speakers at the launch in Brackenfell included:

Soon-Shiong holds more than 500 patents for cancer and infectious disease treatments and has invested in biotechnology and artificial intelligence start-ups.

Western Cape premier Alan Winde, who was at the launch, said he was excited by what the Brackenfell development would mean for the health technology industry in the province.

"We can become global leaders in this space and ensure that right here at the southern tip of Africa we play a leading role in the fight against the major health challenges of our time," said Winde. 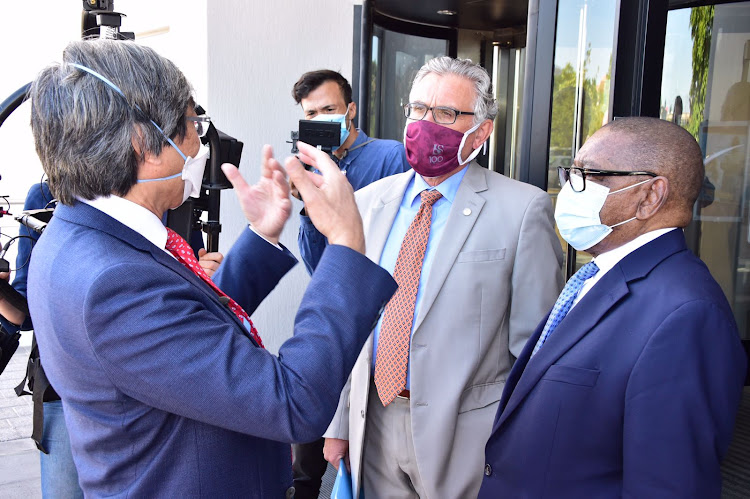 As the race to develop cheaper and easy-to-administer vaccines against Covid-19 continues, a US drug maker has been given the green light to run a ...
News
6 months ago

Bio-tech tycoon pledges to help Africa produce its own shots, and he’s putting his money where his mouth is
News
1 year ago