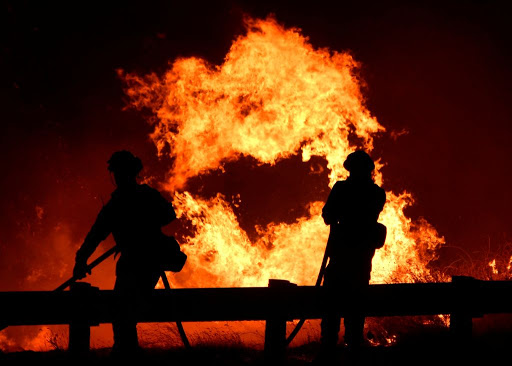 Two people died in a fire at Marianhill outside Durban on Wednesday morning after a shack in an informal settlement caught alight.

eThekwini fire and emergency services divisional commander Dennis Govender told TimesLIVE a man and a woman were declared dead at the scene in the Uganda informal settlement.

“We are investigating the cause of the fire. The shack is totally gutted.

“It appears there was a delay in a call for assistance, possible because of inaccessibility to phones.”

WATCH | Portrait of an alleged arsonist: What we know about Zandile Mafe

Zandile Mafe's court case has gripped the nation since he was arrested on January 2. Who is the man who is accused of setting fire to parliamentary ...
Video & Podcasts
5 months ago

Dozens of people have been relocated from their homes in the KwaZulu-Natal town of Ladysmith after heavy rains left streets and homes flooded.
Video & Podcasts
5 months ago

A mountain fire near Hermanus in the Western Cape is 95% contained, with only one structure destroyed to date, the Overstrand municipality reported ...
News
5 months ago