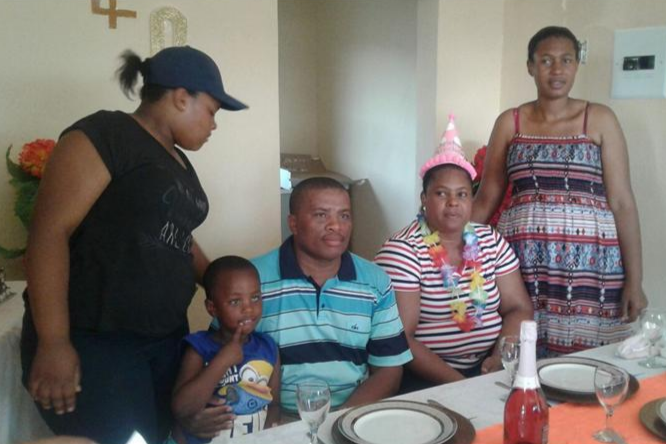 The bail application of a North West woman accused of wiping out her family in an alleged hit has been postponed to Friday due to water cuts at the Brits magistrate's court.

Onthatile Sebati is accused of paying cousins Tumelo and Kagiso Mokone to kill her family at their Mmakau home in 2016, allegedly because she wanted her freedom.

Bail proceedings for the three, who were arrested last month, continued on Thursday when the investigating officer was cross-examined.

Col Isaac Tlhapi told the court he was concerned about Sebati’s safety should she be released on bail. None of her family were willing to live with her because of what she allegedly did.

It was put on record in court on Wednesday that the state had evidence of a bank statement related to a transaction of R100,000 paid by Sebati to her co-accused.

Sebati allegedly told the police earlier this month she had ordered a hit on her family in 2016 when she was 15.

TimesLIVE reported that her father, police constable Solomon Lucky Sebati, 41, her mother Mmatshepo, 40, three-year-old brother Quinton and eight-month-pregnant sister Tshegofatso, 22, were murdered by what was reported to be a gang at the time.

At the time, police said Onthatile Sebati was outside when the armed gang entered the home.

The case against a 20-year-old North West woman who allegedly confessed to ordering a hit on her entire family in 2016 has been postponed to January ...
News
7 months ago

‘We never thought a child could do this’: Family left reeling after 20-year-old admits ordering 2016 ‘hit’

20-year-old Onthatile Sebati recently confessed to police that she was behind the brutal murder of her family that shocked the community of Mmakau, ...
News
7 months ago

Killer cop Nomia Rosemary Ndlovu has been given six life sentences for a string of murders she orchestrated.
News
9 months ago