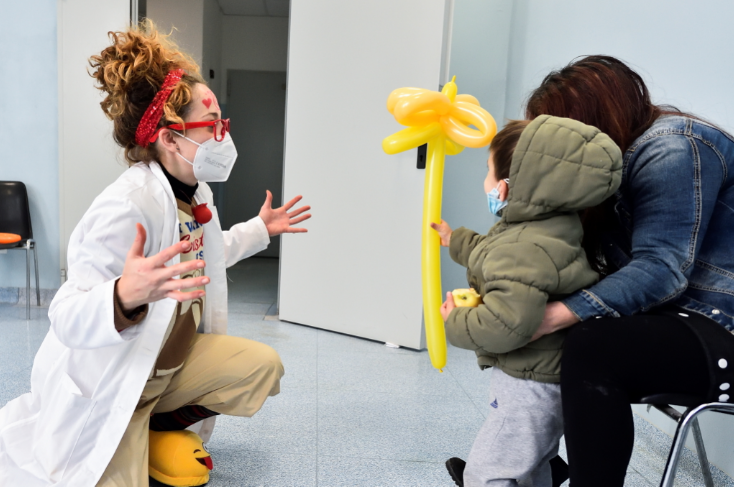 There is no evidence that healthy children and adolescents need booster doses against Covid-19. File image
Image: REUTERS/Flavio Lo Scalzo

There is no evidence that healthy children and adolescents need booster doses against Covid-19.

Swaminathan said though there are many unknowns at play, at the moment there is no scientific evidence healthy children and adolescents need booster shots. Instead the goal should be to protect specific vulnerable populations.

“There’s no evidence right now that healthy children or healthy adolescents need boosters. No evidence at all,” she said.

“Those are our elderly populations, the immunocompromised, people with underlying conditions, but also healthcare workers because if a lot of healthcare workers get infected as we see now, they can be out sick and we don’t want them getting severely ill. So we reserve boosters for that population.”

Swaminathan said the WHO’s top experts will meet later this week to consider the specific question of how countries should consider giving boosters to their populations.

Who should get a booster shot and when?

Sahpra received an application from Pfizer to amend the dosing schedule for its vaccine and subsequently agreed to allow a third dose for individuals aged 18 years and older.

“The data provided only dealt with the situation of homologous boosting, where the third dose is of the same vaccine as the initial course (in this case, two doses).

“Sahpra is aware of the keen interest in the efficacy and safety of heterologous boosting regimens (so-called ‘mix-and-match’ approaches) and invites the submission of supportive data in this regard,” it said.

According to the National Institute for Communicable Diseases (NICD) only healthcare workers who received the Johnson & Johnson vaccine are eligible for a booster, if they chose to enrol in the Sisonke trial.

People aged 12 to 17 should receive a second dose of the Pfizer vaccine to complete the vaccination series.

“People who have received a complete vaccine series (two doses of the Pfizer vaccine, and a single dose of the J&J vaccine) will be eligible for a booster vaccine six months after receiving their last vaccine dose,” said the institute.

A third dose of the vaccine for individuals aged 12 years and older who are severely immunocompromised, must be administered at least 28 days after the second dose.

Boosters will officially be phased in, starting with 60-year-old citizens and older. Those who wish to get a booster shot will need to download the form which needs to be filled in by their doctors.

I still have Covid-19 symptoms after isolating for 10 days- are my colleagues at risk?

The NICD says it is safe to return to work if your fever, among other symptoms, has improved.
News
4 months ago

When was the last global pandemic and how long did it last?

Swine flu (H1N1 flu) was the virus responsible for the last global pandemic before Covid-19.
News
4 months ago

Has government made a decision on mandatory vaccinations?

Health minister Joe Phaahla said announcements regarding mandatory vaccinations will be made in due time as the government is deliberating on the ...
News
4 months ago