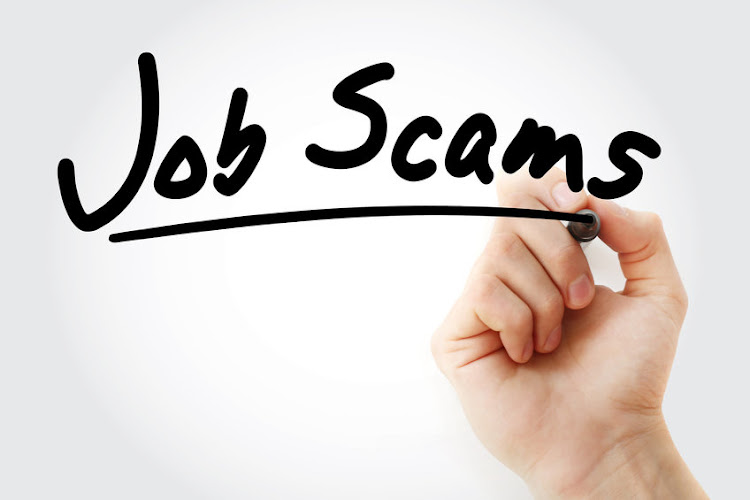 The KZN social development department has warned the public about a cash for jobs scam in which people are being asked to pay R9,000 for a department job.
Image: 123RF/ dizanna

Government jobs are not for sale.

That's the word from KwaZulu-Natal social development MEC Nonhlanhla Khoza, who warned the public on Thursday about a group of scamsters promising people jobs in her department for money.

“There is a group of people calling desperate and unsuspecting jobseekers, promising them jobs in the department in exchange for R9,000.

“The scamsters are concentrated in the areas that include Ugu, Harry Gwala and Umgungundlovu districts,” she said.

Their modus operandi includes contacting individuals and parents of jobseekers to entice them to pay to secure employment.

“Government jobs are not for sale. We would not ask people seeking employment to pay for any job in the department.

“We follow a fair and transparent recruitment process where jobs are advertised in newspapers and other public platforms. People are urged to apply for jobs and go through the process of interviews.

“We are concerned that these scamsters mislead desperate people to pay money via instant money transfer at stores to a cellphone number, cash-send and e-wallet for them to get jobs. We call on victims of the scam to open criminal cases with SAPS.”

Khoza said the department wouldn't rest until the scamsters are jailed.

“We are going to work closely with the SAPS to ensure that we furnish investigators with the information they need to trace these criminals, because they are fleecing desperate people, denting the image of the department. We urge those who have been scammed to give information to the law enforcement agencies so the criminals can be arrested,” she said.

A new threat involving a call from a fake bank representative has been highlighted by the Southern African Fraud Prevention Service.
News
5 months ago

Another celebrity's name has been used to push a scam ...
TshisaLIVE
5 months ago

Ayanda Borotho is not on TikTok, warns fans of scam

"I'm not part of any investment scheme, forex trading platform or pyramid scheme."
TshisaLIVE
5 months ago