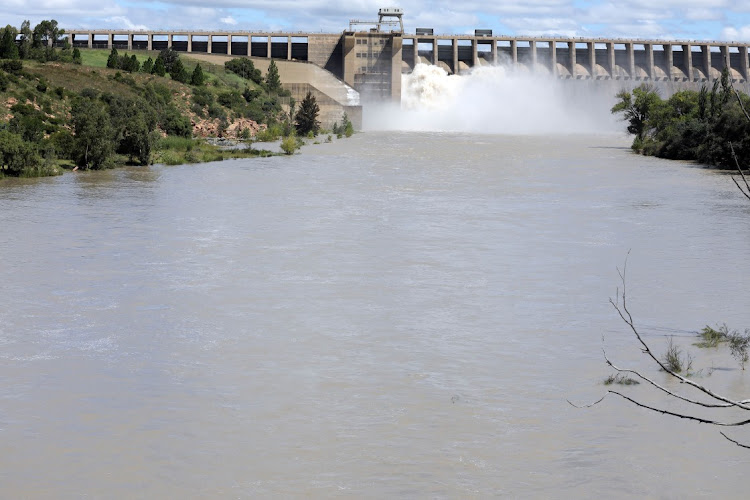 The level of the Integrated Vaal River System has risen to 100.5%. In view is the Vaal dam at Deneysville.
Image: ANTONIO MUCHAVE

South Africans can take heart that the recent rains have filled up major dams, the silver lining to gloom over the ongoing overcast weather inland and flooding along river banks on the Vaal.

The level of the Vaal Dam has risen by 3.3% this week, placing it at 110.5% on Wednesday morning, said the national water department. Last year this time it was at 71.4%.

The Sterkfontein Dam is at 101.9% capacity. It is one of the 14 dams in the Integrated Vaal river System (IVRS) and is used to replenish the system in times of need.

The Mohale Dam in Lesotho made a slight improvement to 66% this week from 63.6% last week. In the comparative week last year, the dam was at just 26.8% and had been on a decline for months.

The IVRS itself has seen an increase this week, rising to 100.5% — a strong improvement from this time last year when it was at 76.4%.

The heavy summer rains, which have caused damage to property, flooding, sinkholes and landslides across the country, have prompted the government to ...
News
6 months ago

Bloemhof in the North West is one of the latest areas to be flooded after parts of KwaZulu-Natal, the Eastern Cape, Free State and Gauteng were hit ...
News
6 months ago

Clean-up operations have started in Ladysmith, KwaZulu-Natal, after the banks of the Klip River broke and flooded parts of the CBD on Sunday.
News
6 months ago

A sightseeing and party barge that broke free from its mooring on the swollen Vaal River in the North West is being retrieved by its owner after a ...
News
6 months ago