'We arrested 10 of them': Cops swoop on Malamulele police station robbers wanted for alleged crime spree 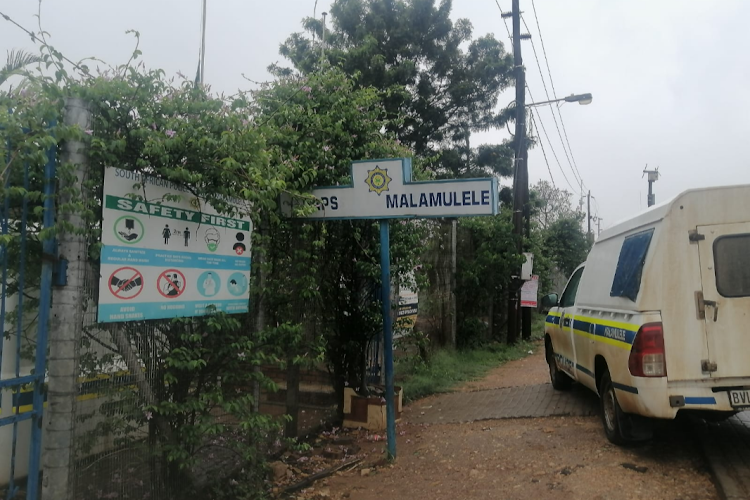 Ten suspects linked to a November 2021 robbery at the Malamulele police station in Limpopo have been arrested.

Provincial police commissioner Lt-Gen Thembi Hadebe and her management on Thursday gave an update on the progress of an investigation into the incident and other crimes committed in the Vhembe district and further afield in the province. 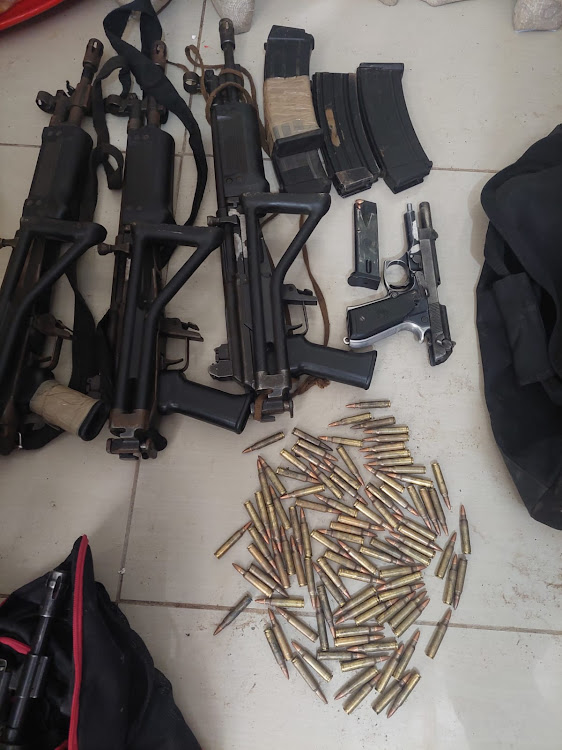 Some of the recovered firearms.
Image: SAPS

“We arrested 10 of them and we are still looking at others as their associates. There are more we need to arrest,” said Hadebe.

The suspects, aged 30 to 48, would soon appear at magistrate's courts in the province and in Mpumalanga.

“They face charges of unlawful possession of firearms and ammunition, explosives, conspiracy to commit crimes, attempted murder, murder, robbery with aggravating circumstances, carjackings and the attack on the Malamulele police station,” she said.

A gang of heavily armed men robbed the police station on November 21 of R5 rifles, 9mm pistols, shotguns and ammunition.

They also robbed nearby garages.

“On the same day we collected nine solid cases that were committed on that particular day when they were committing their crime. They were shooting at any vehicle passing by, several vehicles were shot at and attempted murder cases were opened,” she said.

On January 19 the investigation team arrested a number of suspects.

“Seven of the suspects were found in their hideout at Medinyeng village near Kgapane in the Bolobedu policing area outside Tzaneen in the Mopani district. The other three were arrested at a lodge in the Dwarsloop area outside Bushbuckridge in Mpumalanga. This [happened] after information was received about these suspects intending to commit ATM bombings in Mpumalanga.”

Hadebe said preliminary investigations had linked the suspects to several ATM bombings and armed robberies in the province.

“I can safely say in total the cases that these people will be linked with, for Mopane district is 27 cases, Vhembe 17 cases, Capricorn 26 cases, Waterberg 14 cases, and their powerhouse was Sekhukhune with 33 cases,” she said.

A range of crimes were committed.

“In one of the cases as they did their shooting spree, they shot at a person who was there at the wrong place at the wrong time and died. There is a murder case. These cases are serious cases and we will leave no stone unturned.”

Hadebe said they had also recovered firearms from the suspects.

“We have recovered four R5s, four shotguns, three pistols ... There was also ammunition that was found, almost 10 bulletproofs [bulletproof vests] that were found from these thugs. There were cartridges used for the blasting of ATMs and stolen cigarettes,”

She said cash and security uniforms used at the different crime scenes were also found.

“We confiscated a Toyota bakkie and Mercedes-Benz used in a number of crimes.”

Hadebe said the recovery of the firearms was important as police feared they would be used to commit more crime and cause casualties.

“When thugs enter a police station what message does it [send] to the community? It increases the fear of not feeling safe, it also weakens the badge.”

Police station robbed of weapons, officers forced into back of cop van

A gang of heavily armed gunmen have robbed the Malamulele police station in Limpopo of R5 rifles, 9mm pistols, shotguns and ammunition.
News
7 months ago

A young woman accused of brutally murdering her newborn baby will appear in the Malamulele magistrate's court on a murder charge, the police said on ...
News
1 year ago

Murder of seven in Limpopo sparked by 'fight over family home'

The case against a 52-year-old man arrested for allegedly killing seven members of his family on Christmas Day has been postponed to January next ...
News
6 months ago