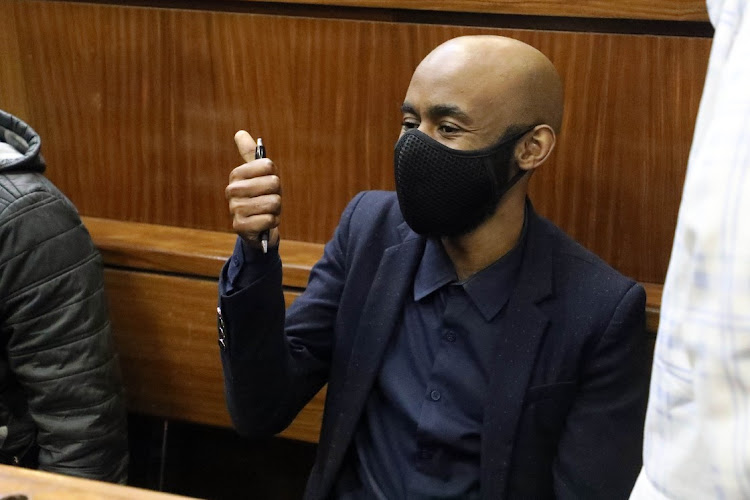 Witnesses were warned not to view or read material on the progress of the trial before they testify. File image
Image: ANTONIO MUCHAVE

The Gauteng high court has imposed a partial media blackout in the trial of Ntuthuko Shoba, accused of killing his pregnant girlfriend Tshegofatso Pule.

While Shoba’s lawyer Norman Makhubele said his client had no issues with his case being followed by the press, he expressed concern at prejudice that may arise due to the proceedings being streamed in real time.

He was concerned about witnesses having access to information arising in court before them taking the stand.

Makhubele said the presence of the media was shown to be disruptive after state witness Muzikayise Malephane spoke to the media before proceedings.

While prosecutor Faghre Mohamed earlier said he had no objections to the media’s coverage of the case, he told the court he would change his stance if live-streaming of proceedings could lead to Shoba having grounds to appeal whatever verdict is eventually handed down.

The trial of Ntuthuko Shoba, accused of killing his pregnant girlfriend Tshegofatso Pule, was on Monday set to start in the high court in ...
News
5 months ago

Acting judge Stuart Wilson ordered that the trial may be broadcast but with certain conditions:

Wilson asked Shoba how he intended to plead to the two counts — murder or conspiracy to commit murder and defeating the ends of justice.

Pule, a 28-year-old Johannesburg-based beauty products representative, was eight months pregnant when she was killed in June 2020. Police said at the time she had been stabbed in her chest. Her body was discovered hanging from a tree in the Durban Deep area of Roodepoort four days after she had last been seen.

Malephane was handed a 20-year jail term last year after he confessed that Shoba had allegedly paid him R70,000 to murder Pule in a bid to hide his affair and the pregnancy from his wife. Now a state witness, Malephane was also found guilty of obstructing justice, being in possession of an unlicensed firearm and possession of ammunition.

Ntuthuko Shoba, the alleged mastermind in the murder of Tshegofatso Pule, lost his third bail bid in the Johannesburg high court on Wednesday.
News
9 months ago

WATCH | 'These wounds keep being opened all over again': Pule’s family relives trauma

A second bid to be released on bail by Ntuthuko Shoba has failed in the Roodepoort magistrate’s court.
Video & Podcasts
1 year ago