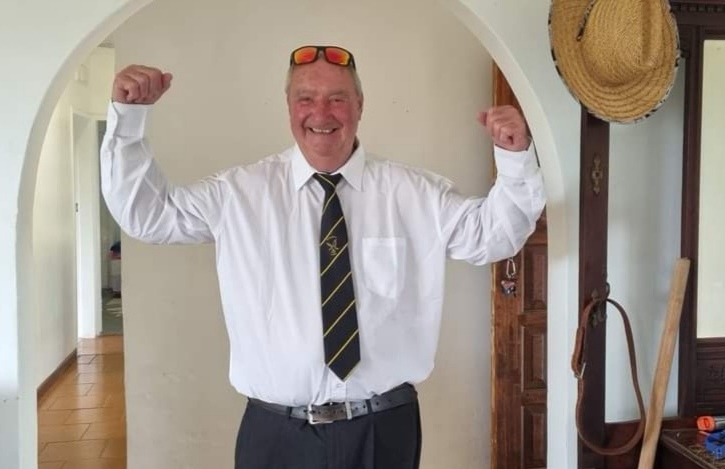 Hedley James Brown was found dead in the garden of his KZN midlands farm on Monday.
Image: via Facebook

There has been an outpouring of grief over the murder of an elderly KwaZulu-Natal midlands cattle farmer who was found beaten and stabbed in his garden on Monday.

It is understood the body of Hedley Brown, 70, was found by an employee at his farm near Howick.

According to Midlands Emergency Medical Services (EMS), a team was dispatched on Monday morning to deal with a “farm attack”.

“Upon arrival it was found one person sustained fatal injuries and was found tied up outside the house in the garden. The patient was declared deceased by paramedics on the scene.

Pupils at Phomolong Secondary School in Thembisa could on Monday be seen carrying candles, while flowers have been placed at the gate where ...
News
4 months ago

Brown was formerly from Amanzimtoti on the south coast, where he was a renowned local rugby player.

The Amanzimtoti Rugby Club said in a Facebook post: “Our Terrier Hearts are broken today. We are deeply saddened by the news that a legend of Toti rugby, Hedley James Brown, became a victim of another senseless farm murder over the past weekend.”

A community member said in another post that the community was shocked and devastated by the news of Brown’s death.

“Hedley had a cattle farm and was very giving and well-known in the local community.”

Police spokesperson Col Thembeka Mbele said Brown had suffered assault wounds to his face and was stabbed twice in his back. He said three firearms and a laptop were stolen.

Mbele said cases of murder and robbery were being investigated.

An ANC eThekwini ward councillor, Minenhle Mkhize, was gunned down in a hail of bullets on Saturday night, his party has confirmed.
Politics
4 months ago

Basic education minister Angie Motshekga has urged police to act speedily and to leave no stone unturned in tracking down those behind the killing of ...
News
4 months ago

Only nine arrests for 94 farm attacks in Gauteng

Of the 94 farm attacks recorded in Gauteng between October 1, 2020 and November 30, 2021, only nine people have been arrested.
News
4 months ago