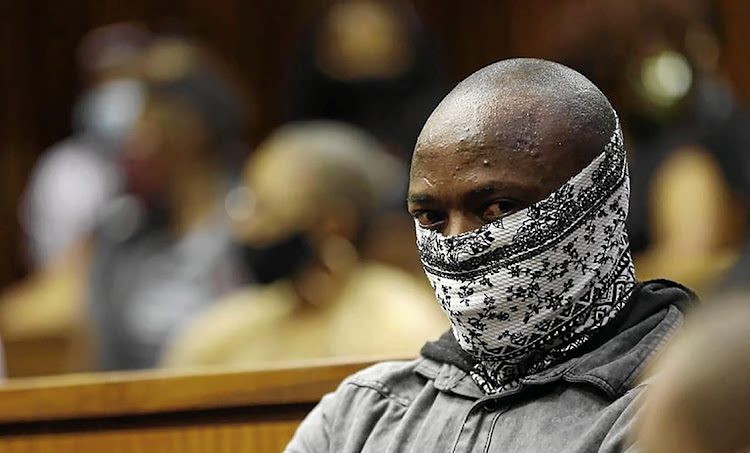 Muzikayise Malephane was jailed for 20 years after being found guilty of the murder of Tshegofatso Pule. He alleges his former friend, Ntuthuko Shoba, had paid him to kill her. File image.
Image: Deepa Kesa

Muzikayise Malephane, the state’s star witness in the murder trial of Tshegofatso Pule, who was eight months pregnant, on Tuesday took to the stand in  the high court in Johannesburg to explain how her on-and-off boyfriend Ntuthuko Shoba had initially wanted her killed.

He testified he had negotiated for higher payment from the former JSE analyst to carry out the murder.

The 28-year-old woman was found dead in June 2020. She had suffered a gun wound to her upper body and was hung from a tree in Durban Deep. She was pregnant at the time, allegedly with Shoba’s child.

Malephane, who last year confessed to murdering Pule and is serving a 20-year prison term, fingered Shoba as the alleged mastermind.

“He said he wants her to be hanged from the bridge in Maraisburg. The plan was for him to take her phone and write a suicidal message on her WhatsApp status,” Malephane said on Tuesday.

Murder-accused Ntuthuko Shoba told the family of Tshegofatso Pule the last time he had seen her, she had left his place annoyed after he had ...
News
5 months ago

Dressed in white trousers and an orange golf shirt, Malephane told the court he had known Shoba from their high school days between 2008 and 2009 and said the two had partied together. In 2020, although unsure of the exact month, he had received an unexpected call from Shoba requesting his help.

“I was at Goudrand at my girlfriend’s place when I got a call from Shoba. I am not sure how he had obtained my contact numbers. He told me there is something that he needed me to do for him and said we should meet. I sent him the location where I was staying and he arrived on the same day,” said Malephane.

“He told me he needed my help in finding someone who could kill Pule. I told him I would help him,” Malephane said, taking deep breaths as he seemingly struggled to put into words what had happened that day.

He and Shoba negotiated the murder price, he said.

“Initially he offered me R7,000. He then took up it to R20k. I said to him that money is too little. He eventually offered me R70k. We came to an agreement that the amount was sufficient,” said Malephane.

During his plea deal last year, Malephane told the court Shoba had wanted Pule dead to hide the pregnancy from his “wife”.

Two witnesses testified this week that Pule was aware Shoba had another girlfriend, known as Rosetta.

Shoba’s defence team told the court he was no longer in a relationship with Pule but continued to be supportive during her pregnancy, paying for her medical bills and buying the necessary items ahead of the arrival of their daughter.

He denies murdering or conspiring to murder her, and defeating the ends of justice to conceal her murder.

The Gauteng high court has imposed a partial media blackout in the trial of Ntuthuko Shoba, accused of killing his pregnant girlfriend Tshegofatso ...
News
5 months ago

The trial of Ntuthuko Shoba, accused of killing his pregnant girlfriend Tshegofatso Pule, was on Monday set to start in the high court in ...
News
5 months ago

"Sorry to ruin your plans for your life — I did not mean to." WhatsApp conversations reveal Tshegofatso Pule had aborted her lover's child shortly ...
News
1 year ago

The JSE has fired Ntuthuko Shoba, the alleged mastermind of the murder of his heavily pregnant lover Tshegofatso Pule.
News
1 year ago