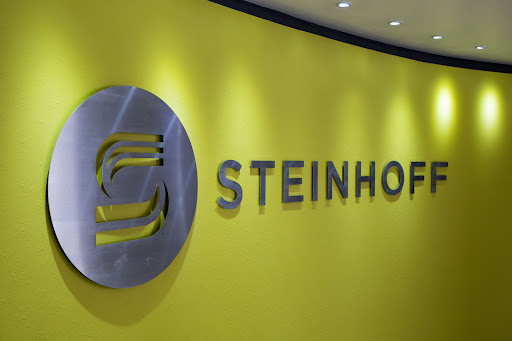 Steinhoff has been battling to survive for more than four years since auditors refused to sign off on its accounts, leading to a dramatic share price collapse and the start of police and regulatory investigations in Europe and SA.
Image: Bloomberg

Steinhoff International Holdings NV can start paying out a $1.6bn (about R24.4bn) settlement to investors who lost out in the wake of the retailer’s 2017 accounting scandal, drawing a line under years of legal battles.

The plan to resolve more than $8bn (about R122bn) of combined claims was approved by a SA high court on Monday, the final hurdle the company needed to overcome. The proposal had already been signed off on in the Netherlands, where Steinhoff is registered, while some parties who initially opposed the deal had agreed to settle.

Steinhoff has been battling to survive for more than four years since auditors refused to sign off on its accounts, leading to a dramatic share price collapse and the start of police and regulatory investigations in Europe and SA.

A litany of inflated profits and asset values later emerged, and the company has been forced to sell a range of global retail assets to raise funds.

“This is done and dusted and behind us,” Steinhoff’s former chairperson Christo Wiese, who was also the company’s biggest shareholder at the time of the collapse, said by phone.

“Though no doubt there will be further chapters, because the people responsible for the fraud, that still has to be sorted out.”

Payments are expected to be made from about February 15, the company said in a statement after the hearing.

The volatile now-penny stock climbed as much as 7.5% on Monday before a U-turn to trade 11% lower at the close in Frankfurt. In Johannesburg, where it has a secondary listing, it climbed 3.4% as of Tuesday morning.

Pulling together a settlement offer for the 90,000 shareholders who lost out from the collapse has been the main occupation of CEO Louis du Preez since he took the helm three years ago. The former general counsel, 52, emerged untainted from the scandal, which has implicated executives led by ex-CEO Markus Jooste and others not employed by the firm. Jooste has denied wrongdoing.

“If there was no settlement, the consequences would have been too ghastly to contemplate,” said Syd Vianello, an independent analyst who helped Steinhoff with its 1998 listing in Johannesburg.

“It creates a degree of certainty, with those involved managing to get something out of it.”

Getting to this point took several months longer than envisaged when Du Preez announced the original offer in July 2020.

The final pieces of the puzzle were only put in place a few weeks ago due to a series of complications, such as counter-legal action from the former heads of Tekkie Town, a SA shoe retailer bought with Steinhoff stock that quickly became close to worthless.

“I don’t think many people believed this was actually possible to achieve,” Vianello said.

“You’ve got to give Louis credit for doing it and for keeping the businesses alive while he was doing it.”

Steinhoff’s survival depends on reducing a chronic debt pile, and the asset sale programme hasn’t left much of the formerly global business under company ownership.

If SA is serious about good governance, there must be consequences and accountability for wrongdoing, auditor-general Tsakani Maluleke says.
News
7 months ago

Reuters reports the move takes the scandal-hit retailer a step closer to a proposed R14.8bn global lawsuit settlement plan to settle about 90 ...
Business Times
1 year ago