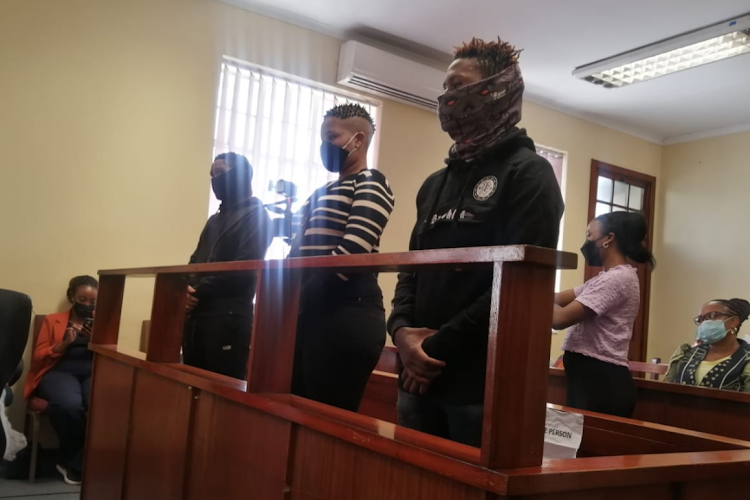 Family-murder accused Onthatile Sebati, accused of wiping out her parents and two siblings, was granted bail of R10,000 in a North West court on Wednesday.

Their bail conditions include reporting to their nearest police station every Monday and Friday in the morning and evening.

“They should not move from their addresses. Should they decide to leave, they should inform the investigating officer of where they are going and the duration of their stay.  Lastly, they should not contact each other directly or indirectly,” said NPA spokesperson Lumka Mahanjana.

It is alleged that Sebati conspired with her co-accused to kill her family members on December 6 2016, while the family was at home in Mmakau in the North West.

The bail application of a North West woman accused of wiping out her family in an alleged hit has been postponed to Friday due to water cuts at the ...
News
4 months ago

During the bail proceedings, the state put on record it had evidence of bank statements proving that R100,000 was transferred from Sebati's bank account to one of the Mokone’s.

“Fingerprints were also found on the car Sebati’s father owned which they [the Mokones] allegedly used as a getaway car after the killings,” said Mahanjana.

The investigating officer testified in court that the three accused submitted corroborating confession statements stating the role they each played on the night Sebati’s family was killed.

“The state opposed the bail application of the accused since they are facing a schedule 6 offence, and should they be found guilty they are likely to be sentenced to life imprisonment,” she said.

Mahanjana said the state also put on record that the accused people were a danger to themselves, especially when considering the nature of the offence.

The matter has been postponed until March 2022 for further investigations.

The case against a 20-year-old North West woman who allegedly confessed to ordering a hit on her entire family in 2016 has been postponed to January ...
News
4 months ago

Cop’s daughter confesses to hiring hitmen to kill her family

A North West woman will appear in court on Monday after confessing to ordering a hit on her parents and siblings five years ago, when she was 15 ...
News
5 months ago

‘We never thought a child could do this’: Family left reeling after 20-year-old admits ordering 2016 ‘hit’

20-year-old Onthatile Sebati recently confessed to police that she was behind the brutal murder of her family that shocked the community of Mmakau, ...
News
5 months ago