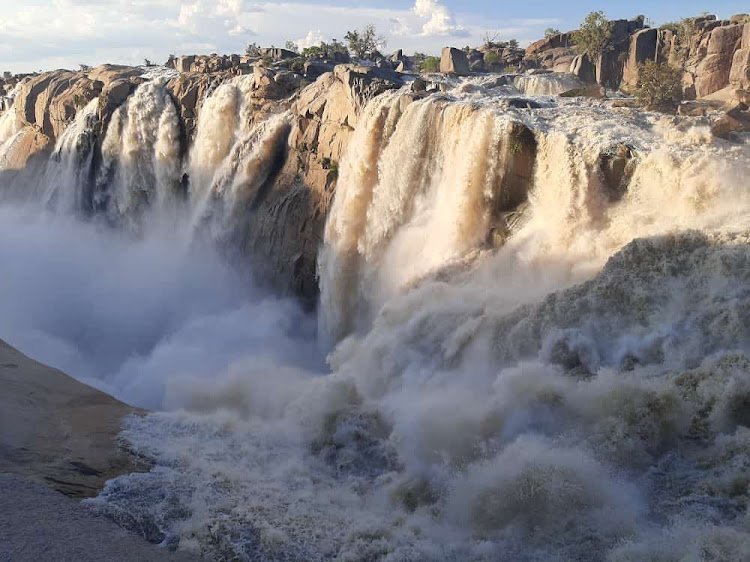 High water levels are expected at the falls for the next three weeks.
Image: Augrabies Falls National Park

Great viewing is expected for the next three weeks of the 56-metre high main falls, which cascade into the granite abyss of the Orange River Gorge.

“According to information received from the department of water & sanitation, it will remain at this flow until the weekend and then slowly decline over the next two weeks,” said SANParks.

Four viewing decks are open to witness the spectacle, though three decks were temporarily shut for safety reasons due to the high levels.

“Guests are requested to be cautious due to the slippery and wet conditions caused by the mist from the waterfall.”

The storm has also triggered major power cuts in Malawi.
News
3 months ago

In 1987 Feroza Kharva was 23 when her family stood on the roof of their home on King Street in the small town of Ladysmith in northern KwaZulu-Natal ...
News
3 months ago

The heavy summer rains, which have caused damage to property, flooding, sinkholes and landslides across the country, have prompted the government to ...
News
3 months ago