But so far no extensive damage nor casualties 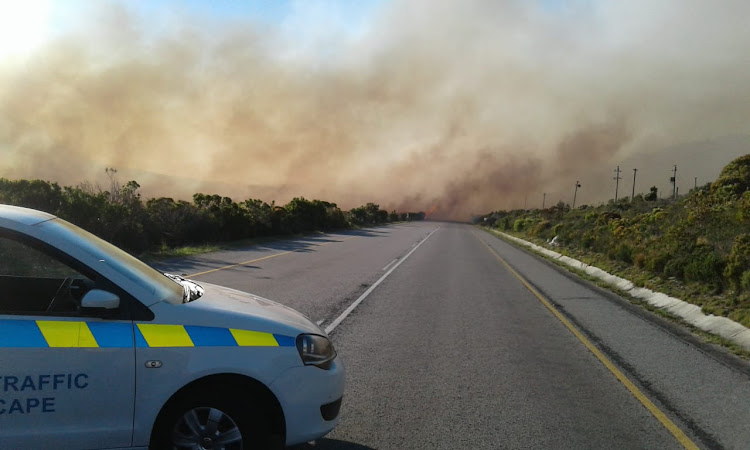 The mountain fire between Kleinmond and Hermanus burnt more than 5,000ha, including 10ha of commercial fynbos.
Image: TrafficSA/Twitter

The Western Cape has already spent more than R10m fighting wildfires during the current fire season, the province reported on Thursday.

Most of the expense relates to aerial support which costs up to R78,000 an hour for a large helicopter, said a statement from the office of Anton Bredell, MEC of local government, environmental affairs and development planning.

“Up to the end of January, we have already provided support in 14 major wildfires and dozens of smaller fires at a cost of R10.168m to the provincial disaster budget,” Bredell said.

“The province works closely with municipalities, who also contribute accordingly towards these operations.” 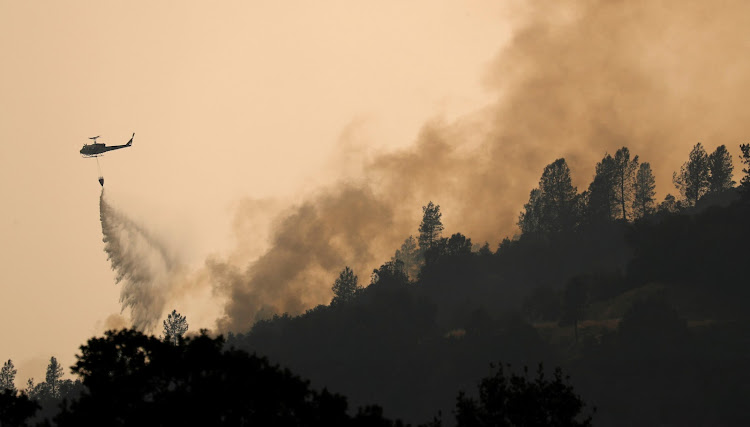 Bredell commended the province’s firefighting teams and said the majority of fires were extinguished within an hour of being reported.

“The past month again showed us the effectiveness of deploying aerial resources sooner than later. Though expensive, it often prevents small fires from growing into runaway wildfires which could ultimately result in serious damage to property and loss of life.

“Prioritising aerial support plays a large role in our success rate of extinguishing 90% of fires within the first hour, before they can potentially become runaway and uncontrollable blazes,” he said.

The Kleinmond fire earlier this month burnt 5,000ha, including 10ha of commercial fynbos. Fortunately there were no casualties or extensive damage to property, Bredell said.

There have been no lives lost or damage to infrastructure recorded as firefighters continue to battle a fire in Plettenberg Bay.
News
5 months ago

The Cape Winelands District Municipality’s fire services continue to battle two fires in the mountain between Worcester, Robertson, and Touwsriver.
News
5 months ago

Parliament's portfolio committee on justice and correctional services has resolved to summon the public works and infrastructure department to ...
Politics
5 months ago