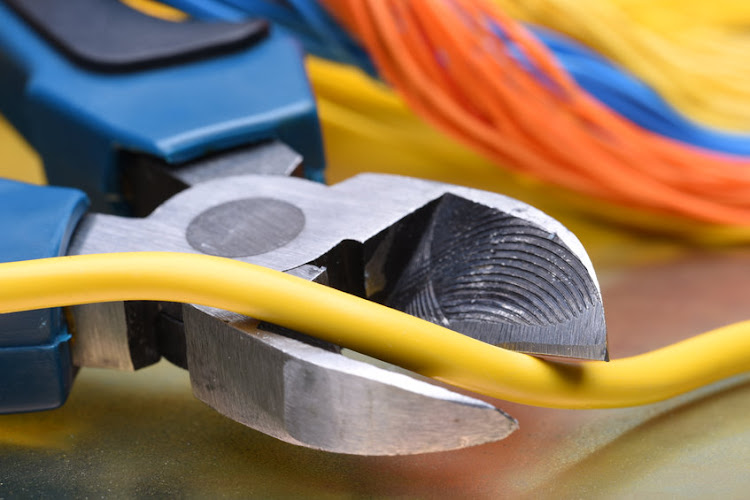 City of Tshwane officials arrived at the SA National Defence Force (SANDF) navy offices on Wednesday to cut off the electricity supply because of more than R3m in allegedly unpaid property rates.

Posting photographs of the premises on Twitter, the city said it was owed R3.19m.

“When we say, 'no fear, no favour', we mean it,” the city tweeted, adding the slogan Tswane ya tima — Tshwane switches off.

TimesLIVE contacted SANDF spokesperson Brig-Gen Andries Mokoena Mahapa, who could not immediately comment, saying he was unaware of the move by the city. He said he would provide an update after making inquiries.

When we say No Fear, No Favour we mean it we are at the SANDF Navy headquarters to cut electricity, they owe us R3 197 428,81 in property rates #CoTRevenueCollection #TshwaneYaTima pic.twitter.com/iWjuE3d3TA

The city is embarking on an “aggressive revenue collection” drive aimed at clawing back R17bn owed by customers.

It said the huge debt affected its capacity for service delivery.

Giving a breakdown of the debt, the city said residents owed R8bn, businesses R4bn, and the government and embassies R5bn for rates, water or electricity.

Other than the SANDF premises, the city has also cut off power to Morning Star Express Hotel, alleging it has an outstanding bill of more than R500,000.

PODCAST | SA has a power problem? Just nuke it.

Eskom has denied claims that it paid R4bn to mining magnate Quinton van der Burgh by "mistake".
News
6 months ago

Several parts of Tshwane were affected by water supply problems on Tuesday due to a power failure at a Rand Water booster station.
News
6 months ago

"Former minister Nosiviwe Maphisa-Nqakula, what is this nonsense?" asked Holomisa.
Politics
6 months ago