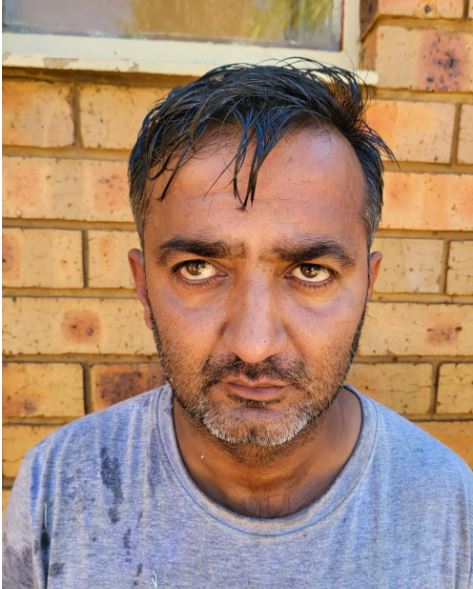 Mohammed Dilpazeer Azam, who was arrested in Centurion for his alleged involvement in a transnational human trafficking syndicate.
Image: supplied

A Pakistani national, allegedly behind a transnational human trafficking syndicate operating between SA and several Asian countries, has been arrested and 10 Bangladeshi nationals rescued in a raid in downtown Johannesburg.

For a month, detectives from the serious organised crime unit at SAPS national head office have been assisted by crime intelligence agents in tracking the syndicate after reports of the kidnappings of foreigners entering SA.

The alleged kingpin was arrested in Centurion in the early hours of Sunday morning after police received information on his location.

At the time of publishing, the police had failed to respond to questions.

Sources close to the investigation said officers followed up information on cellphone devices which the accused, Mohammed Dilpazeer Azam, allegedly used to make ransom calls to his alleged captives' families in Bangladesh.

Azam appeared in the Polokwane magistrate's court on Thursday on charges of kidnapping and extortion.

He has been remanded until February 17 for a formal bail application.

The police source said after the arrest, information was received on where the victims were being held.

“A lodge in Bruma was raided. Officers from crime intelligence and the serious and violent crimes unit staked out the lodge. When police, who included the SAPS K9 unit and the Ekurhuleni metro police Swat team, raided the lodge they found the 10 hostages inside two rooms in the lodge,” said the source.

“The hostages were treated by paramedics and are being processed by authorities.”

PODCAST | Why are SA’s most deadly convicted criminals up for parole?

The Hawks have come to the rescue of a Gauteng woman who was allegedly trafficked by a man she met on social media.
News
7 months ago

Almost in its 10th year, SA Community Crime Watch (SACCW) is a registered non-profit organisation which helps solve hundreds of cases every year, and ...
News
7 months ago

EDITORIAL | Spike in human trafficking is concerning and warrants action

The abhorrent practice of human trafficking needs all our attention, not just activists and police
Opinion & Analysis
8 months ago