KZN family living in fear after four relatives gunned down 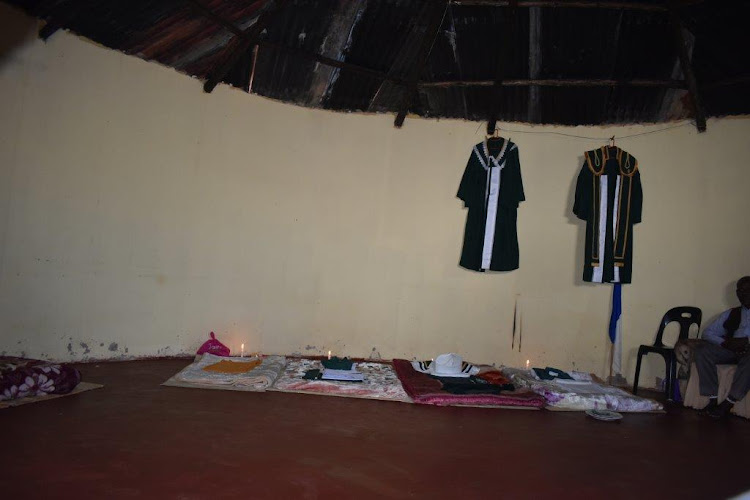 The home of the Imbali, Pietermaritzburg, family of which four members were gunned down last week. A fifth member, overcome with grief, later killed himself.
Image: Mfundo Mkhize

The relatives of a Pietermaritzburg family who were gunned down at their home last week fear for their safety.

Four members of the family were killed at their Imbali home last Friday. The victims were the president of the Congo Congregational Church, Bheki Hlela, his wife Ntombifuthi Hlela, and daughters Siphokazi Hlela and Siwinile Nzimande.

It is understood that another family member, identified as Mthembeni Basi, who was overcome with grief, ended his life in a separate location.

Grief-stricken relatives said they were shattered by the ordeal and were also fearful.

“This is a big blow to us. As we speak, we still don’t know how we are going to pick up the pieces. We plead with the public to lend a hand if they can as we have been robbed of the leader of the family,” said a relative, who did not want to be named.

A shoot-out between the police and three alleged criminals at a church in northern KwaZulu-Natal resulted in the death of one and the arrest of two ...
News
6 months ago

Khoza said the provincial government held a cabinet meeting where the spate of recent multiple murder killings came under scrutiny. The community safety department has been tasked with devising a plan to deal with the issue.

“Yes, we could find out who the killer is. But what we should find out is who is the mastermind who hatches a plot to kill. We now lack morals as people,” said Khoza.

The MEC said it was concerning that two similar murders involving other families had been reported in the same area.

“This also comes after similar massacres in Richmond, where members of the families are being killed. If we look at political killings, we often find that the biggest casualties are people who are prominent in communities.

“It is worrying that when a person has made a commitment to serve the public they unintentionally invite violence upon themselves."

The deceased will be buried this weekend.

The spate of recent attacks on traditional leaders in KwaZulu-Natal has resulted in the provincial government giving the green light to the ...
News
6 months ago

Drug-related retaliations and revenge killings are the leading cause of multiple killings in KwaZulu-Natal, claiming the lives of 531 people in 229 ...
News
6 months ago

Police minister Bheki Cele says his department remains concerned about how firearms such as R5 rifles are finding their way into the hands of ...
News
6 months ago