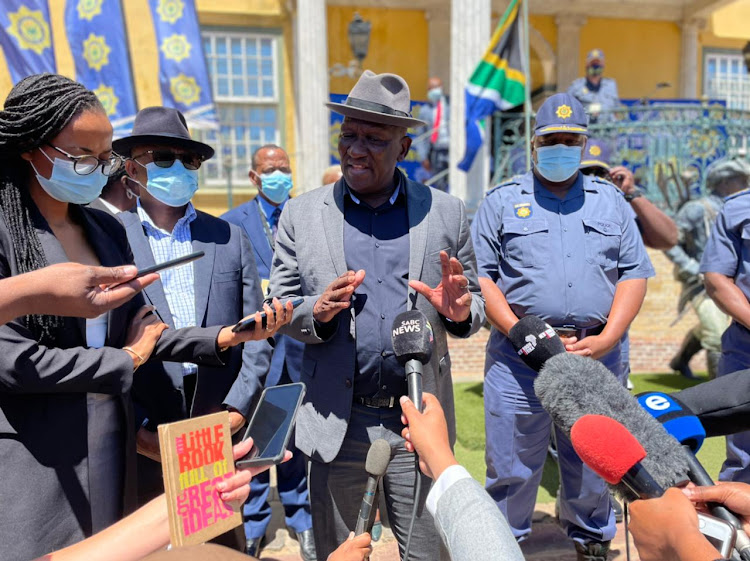 Police minister Bheki Cele addresses the media at the Castle of Good Hope on February 10 2022 after urging hundreds of police officers to ‘protect South Africans’ when they are deployed for Sona.
Image: Anthony Molyneaux

Police minister Bheki Cele told police officers on Thursday that SA is not under attack.

He addressed a contingent of police and City of Cape Town law enforcement officers at the Castle of Good Hope before the state of the nation address.

“From here, you would be deployed around parliament buildings ... but not so today [Thursday]. Today you will be around adopted parliamentary precincts which happens to be the city hall.

“Therefore, we are here to put peace in your minds. You are here to make sure that people, as they move around here, are safe and they feel safe,” he said.

Police minister Bheki Cele had strong words for anyone considering disrupting the state of the nation address as law enforcement maintained a strong ...
Video & Podcasts
4 months ago

Cele urged them to protect the city hall. “This place was handed over to parliament on the 1st of February and parliament handed it over to SAPS for its safety,” he said.

“Nobody should think SA is under any form of attack and people must [not] panic and run around.” 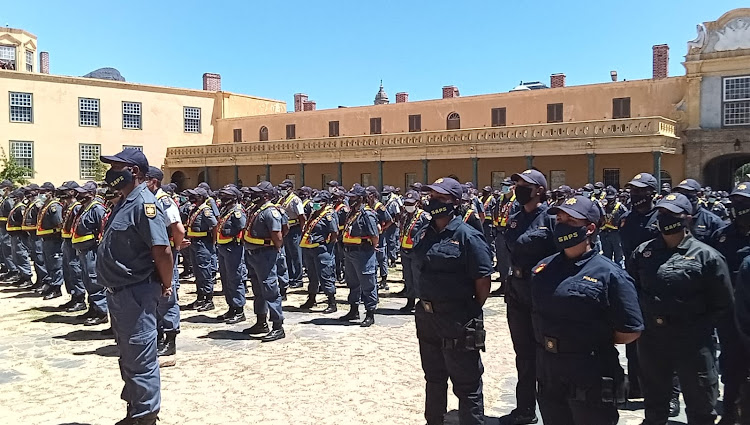 Police officers and Cape Town metro cops listen to police minister Bheki Cele at the Castle of Good Hope ahead of the state of the nation address on February 10 2022.
Image: Philani Nombembe

President Cyril Ramaphosa will deliver the state of the nation address at 7pm, Cele said.

“Without being presumptuous and taking any thunder from the president, he will talk about us and will talk about the state of the country. When he does, remember he talks to each one of us.

“Whether you are a member of SAPS, member of the SA National Defence Force, member of metro [police], it doesn’t matter which city, member of law enforcement ... we must make sure that South Africans are safe.”

Cele urged the police to enforce the law decisively. “Be kind to South Africans. But if need be, don’t hesitate to protect all inhabitants who will be here. Protect life, protect property and make sure that everything goes accordingly.”

POLL | What are you most looking forward to hearing at Sona?

Here’s why Saftu plans to picket outside Sona

According to Zwelinzima Vavi, the picket is to "expose" President Cyril Ramaphosa for not fulfilling promises such as creating jobs for the youth.
News
4 months ago