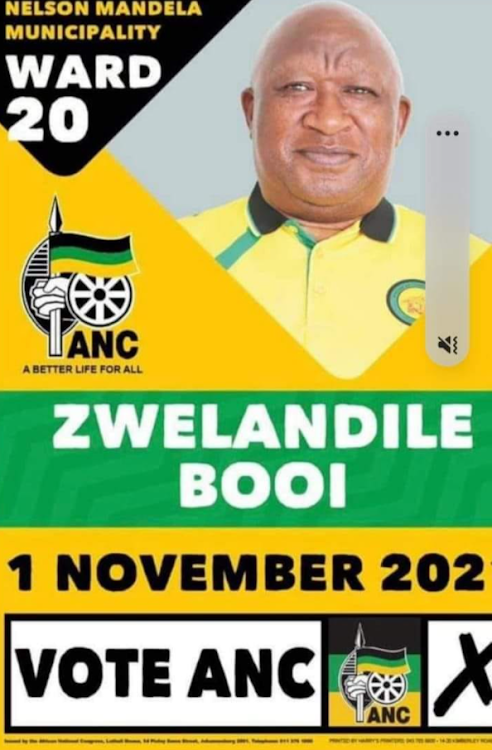 An Eastern Cape ward councillor has been shot dead in his vehicle at Kwazakhele in Nelson Mandela Bay.

The shooting happened on Sunday night and left another person wounded.

Police spokesperson Col Priscilla Naidu said Mzwandile “Zwelandile” Booi and three passengers — two women and a man — were travelling in his vehicle when a balaclava-clad suspect opened fire on the drivers' side.

“[Booi’s] passenger, a woman, sustained a gunshot wound to her leg [while he] sustained several gunshot wounds and died  at the scene. The two back seat passengers [a man and a woman] were unhurt. The ages of all the victims are yet to be verified,” Naidu said.

The motive for the shooting was not immediately clear. Police have opened a murder and attempted murder case.

“His murder comes on the back of an attempted murder of another ANC leader 24 hours ago in Kariega. We would have expected by now that the police would have appointed a specialised team to investigate these incidents and place the metro as a hotspot area,” said Ngcukayitobi.

“While it is too early to speculate on the motive for the murder, it is worrying that [a] spate of killings and violence is again surfacing in Nelson Mandela Bay.”

Ngcukayitobi hailed Booi as one of the “hardest-working councillors in Nelson Mandela Bay”.

“We call on law enforcement officers to intensify their work to hunt down the criminals and bring them to book. We appeal to ANC members and the broader community of Nelson Mandela Bay to remain calm and allow security agencies to uncover and apprehend those responsible as soon as possible.

“We lower our banner in honour of his passing in the service of the people of ward 20 in Nelson Mandela Bay. The ANC in the province conveys its condolences to the Booi family, friends, ward 20 community and his colleagues and comrades in the Nelson Mandela Bay council.”

Six ANC members in court for political killings in Inanda

Two more ANC members, including a ward councillor, appeared in the Ntuzuma magistrate’s court on Thursday in connection with a shooting in which ...
Politics
4 months ago

The NFP believes that some councillors are killed as a result of rival political parties wanting by-elections to get the position “via the backdoor”.
Politics
4 months ago

A notorious 32-year-old KwaZulu-Natal hitman, who has been implicated in the murder of former Bafana Bafana captain Senzo Meyiwa, was sentenced to ...
News
5 months ago