Sibanye Gold Mine workers may strike until wage demands are met 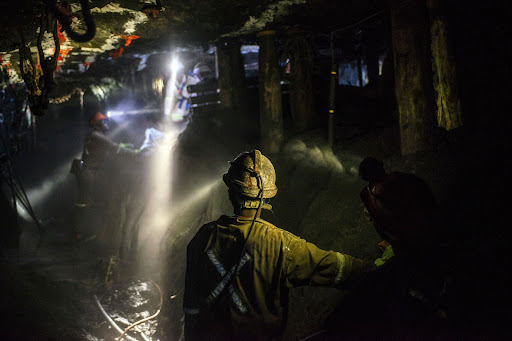 Sibanye Stillwater Ltd. unions voted to strike at the company’s gold operations until their wage demands are met, one of the groups said after a meeting.
Image: Bloomberg

Sibanye-Stillwater Ltd’s biggest mining unions voted to strike at the company’s gold operations until their wage demands are met, one of the groups said after a meeting.

Members of the National Union of Mineworkers, the Association of Mineworkers and Construction Union, UASA and Solidarity met in Carletonville, southwest of Johannesburg, on Sunday to discuss pay negotiations.

The members rejected Sibanye’s offer to increase monthly wages by R700 in each of the next three years and are demanding R1,000 rand for the same period, said NUM spokesperson Livhuwani Mammburu. The start of a strike hasn’t been decided, but will occur after notice is served on Monday, he said.

The unions haven’t issued a formal notice to strike yet and “have asked to engage this week,” Sibanye spokesperson James Wellsted said Monday via text message.

The NUM and AMCU, which have had a long-standing rivalry resulting in sometimes violent clashes as they campaigned to win or retain membership, are the biggest unions in the gold sector. Along with the two other groups they demanded in September an increase of 1,500 rand a month, which Sibanye described as unaffordable and said that it would result in the early closure of shafts. The labour groups in January were granted a certificate to strike.

Sibanye’s Beatrix, Driefontein and Kloof mines employ about 31,000 workers in an industry that’s struggling to curb costs amid the geological challenges of mining the world’s deepest shafts.