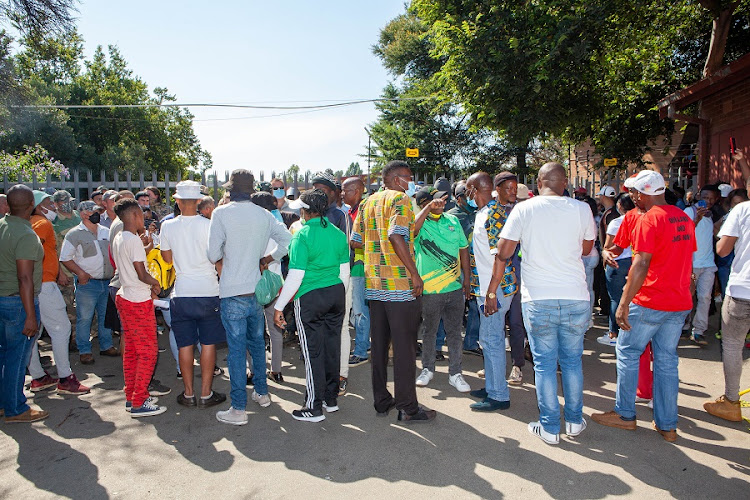 The SA Democratic Teachers Union (Sadtu) has condemned alleged racism at Hoërskool Jan Viljoen in Randfontein, saying those responsible for promoting or deliberately ignoring the behaviour must be held accountable.

Sadtu’s statement comes after a fight at the school on Friday. The violent altercation broke out between black and white pupils, “with some believing it was racially motivated”, the Gauteng education department said.

Parents protested outside the school on Monday, calling for incidents of alleged racism to be investigated and action to be taken.

“It is unacceptable that racism still rears its ugly head in the 28th year of our democratic dispensation.

“This backward behaviour undermines the collective aspirations of ordinary South Africans to build a nonracial, non-sexist and inclusive country as espoused in the constitution,” said Sadtu.

The union said it supports Gauteng education MEC Panyaza Lesufi’s call for an investigation by police and the SA Human Rights Commission into alleged racism at the school.

“Racism is a gross violation of the constitution. It is a human rights issue. Those who are found to be responsible for promoting or deliberately ignoring this behaviour must be held accountable. Parents and teachers are models for children’s behaviour,” said Sadtu.

“We call on the Gauteng department of education to run diversity management programmes and put in measures to transform the racial composition of the staff at the institution.

“We call on stakeholders to restore calm at the school to recover the lost teaching and learning time while all these processes are unfolding.”

POLL | Should political parties protest outside schools where racism is alleged?

Does politics have a place at protests like those at Jan Viljoen High School this week?
News
4 months ago

"We are not going to negotiate with racists any more. P**s off!"
TshisaLIVE
4 months ago