'Which South Africa?' — Government urged not to get involved in deadly Russia and Ukraine conflict 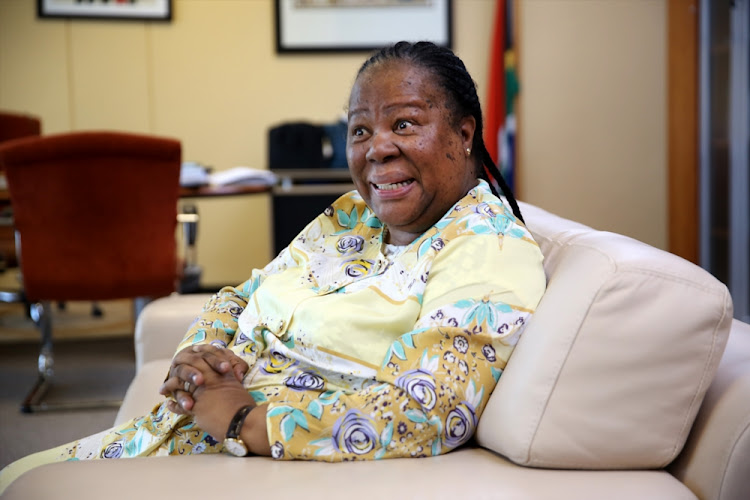 Some social media users have asked International relations and co-operation minister Naledi Pandor which SA she was referring to in her department's statement on the conflict between Ukraine and Russia.
Image: Sunday Times/Alon Skuy

Citizens have flooded social media asking “Which South Africa” the government was referring to when it demanded that Russia “immediately withdraw its forces from Ukraine”.

Tensions that have been brewing for years boiled over this week when Russian president Vladimir Putin formally recognised two breakaway regions in eastern Ukraine and ordered a “special military operation” in Ukraine.

Putin claimed the move was to “protect” the Donbas region of eastern Ukraine and said there was a need to “demilitarise” the country. Ukraine said it was an “act of war”.

Attacks from Russia on several Ukranian cities by air, land and sea followed as the West scrambled to impose harsher sanctions on Putin and his country.

Ukraine claimed well over a hundred Ukranian military and civilians had been killed in the conflict and there were over 800 Russian casualities.

As dozens of world leaders condemned the attacks, the SA department of international relations and co-operation (Dirco) called on Russia to withdraw in line with the UN Charter.

“The Republic of South Africa is dismayed at the escalation of the conflict in Ukraine. We regret that the situation has deteriorated despite calls for diplomacy to prevail.

"Armed conflict will no doubt result in human suffering and destruction, the effects of which will not only affect Ukraine, but also reverberate across the world.

"No country is immune to the effects of this conflict,” Dirco said.

It added that diplomacy was needed to avoid further violence and death in the area.

“As a nation birthed through negotiation, SA is always appreciative of the potential dialogue has in averting a crisis and de-escalating conflict.

"In line with our strong commitment to the peaceful resolution of conflict, SA urges all parties to devote increased efforts to diplomacy and to find a solution that will help avert further escalation. The door of diplomacy should never be closed, even as conflict has broken out.”

Dirco and minister Naledi Pandor called on the UN Security Council to “play its role in the search for peace”.

It followed a similar statement on Wednesday, which said: “the world does not need another war, as that will result in death and destruction, hence our call for enhanced diplomacy. All parties have much to gain from a negotiated outcome and much to lose from an unnecessary and violent conflict”.

While many welcomed the government's stance on the conflict, others warned them not to sign SA up for the conflict, saying “we have our own internal problems” and should not be dragged into a war in Europe.

Which South Africa Naledi is talking about, we being defeated by Russian Bear at tarven now you want their army here

Which South Africa is Mama Naledi talking about, thina we are in mourning as country pic.twitter.com/oxAe3NCqXf

Which South Africa? We not coming 😂 pic.twitter.com/6udZvo8ygG

Which South Africa is Naledi Pandor talking about? If this woman wants to go to war why doesn't she go to war alone? Some people don't know how to mind their business. pic.twitter.com/TNWxO2UXdf

Which South Africa?
I mean us eating "Russians" is enough to start a war😭 pic.twitter.com/cMUQd3xFvM

Which South Africa? We're not gonna get killed because of you, please don't involve us😒 pic.twitter.com/UtikLH067W

South Africa these sausages are no longer called Russians💔🥺🙏.

Which South Africa?
Me everytime i hear a thunderstorm outside , thinking its Putin!. pic.twitter.com/3n8WoFMs6k

"Which South Africa" but us South Africans we just love groove .. good music and bev why are they including us in wars ..? 🥺🤦🏿‍♂️ aowa re tlogeleng nna are lwe 😂😂😂😂 pic.twitter.com/s0Ze0wPueP

Which South Africa they wanna send to #WWIII 😭😭😭😭🇿🇦...even the reverse lights 🤔 pic.twitter.com/sAo6q4dLDM

"SA should stay out of the conflict in the Ukraine and look at our internal problems," said one user.
News
5 months ago

From SA's response to calls to take up arms: Five of your questions about the Russia and Ukraine conflict answered

Confused by all the war talk? Here are five things you should know about Russia's invasion of Ukraine.
News
5 months ago

SA calls on Russia to 'immediately withdraw its forces from Ukraine'

Dirco said the armed conflict "will no doubt result in human suffering and destruction".
News
5 months ago

Effects of Russia's Ukraine invasion will be felt by SA, experts say

While Russia’s military action in Ukraine might seem far away its effect is already being felt in SA markets.
News
5 months ago