Experienced prosecutor advocate Andrea Johnson got the nod from President Cyril Ramaphosa to take over the ID hot seat. 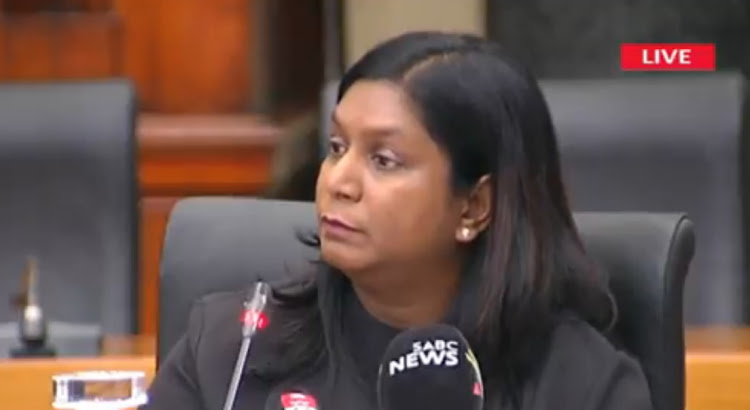 Advocate Andrea Johnson has been appointed head of the Investigating Directorate with effect from Tuesday March 1.
Image: Screengrab

On Monday night he announced Johnson's appointment, as well as the appointments of three new directors of public prosecutions.

Ramaphosa said Johnson took over from Hermione Cronje at an important time in the country’s effort to “act decisively against individuals involved in state capture and corruption”.

The presidency said Johnson was an experienced senior deputy director in the NPA with more than 25 years’ experience, including in district, regional and high court prosecutions. Johnson spent 10 years in the Directorate of Special Operations (Scorpions) and has worked in the NPA’s priority crimes litigation unit and organised crime section.

She is now serving on the NPA task force overseeing the implementation of the state capture report recommendations.

“Under the leadership of advocate Hermione Cronje since its establishment in 2019, the Investigating Directorate has enabled the NPA to more effectively prosecute state capture and other high-profile corruption cases.

“Advocate Andrea Johnson will be expected to lead the Investigating Directorate into the next phase of its work as the people of SA look to the criminal justice system to bring those responsible for state capture and corruption to book,” Ramaphosa said.

Ramaphosa said the ID will be able to draw on the extensive information compiled by the state capture commission and is being strengthened through the allocation of more resources.

Outgoing NPA Investigating Directorate head Advocate Hermione Cronje may have been pushed to resign instead of quitting of her own accord, according ...
News
5 months ago

Insiders say the reason for Hermione Cronje's departure from the ID was her frustration at not having the resources to bring state capture culprits ...
News
6 months ago