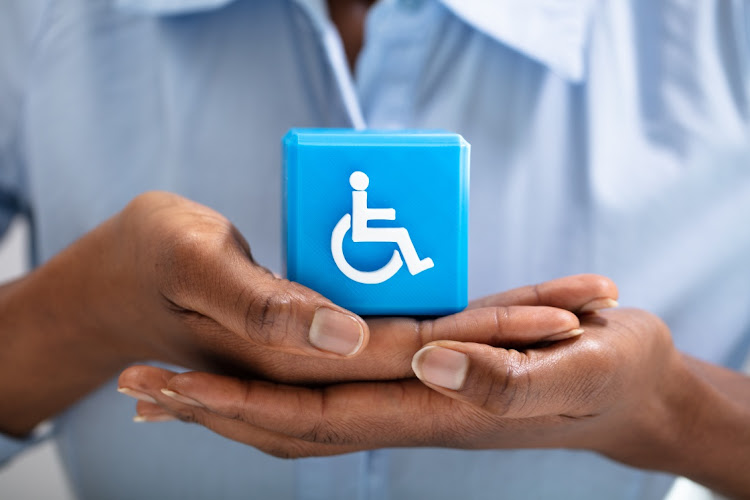 Researchers at Stellenbosch University argue that the risk of unmet healthcare needs is exponentially increased for those who are women, poorer and have greater difficulties in functioning.
Image: 123RF

When Veronica was involved in a car crash five years ago, which left her as a paraplegic, she didn’t only lose the use of her legs, she also lost her job as a teller at one of the leading banks in the country.

“After a year of many operations and hospital admissions I was medically boarded, something that really broke my heart as I was the breadwinner for my family. I didn’t have any strength to fight the decision as I was at the lowest point of my life.”

Over the years the mother of three from Cape Town not only finds herself stuck at home as she cannot access many buildings, but says her disability has even become a hurdle to her right to healthcare.

“The past five years have really been a struggle, particularly when it comes to healthcare. You would think that government buildings would at least be accessible to wheelchair users, but that’s not always the case. I had to change clinics because the one that is near my home doesn’t have any wheelchair ramps. The clinic that I currently use has a ramp, but even that is not accessible as the door that leads to the building is often locked. Access to everything is a real struggle ... and that is why I would rather stay at home,” she said.

According to a new study by Stellenbosch University, which was conducted among women with road-acquired physical disabilities in Khayelitsha, Cape Town, women are more likely to face barriers when it comes to healthcare or adjust to difficulties in functioning after acquiring a physical disability. Researchers say the risk of unmet healthcare needs has “exponentially increased for those who are women, poorer and have greater difficulties in functioning”.

They argue that these women are an underserved population and need to be meaningfully included in healthcare programme planning, design, monitoring and evaluation so that their needs are adequately met.

Several concerns were raised by study participants. One of them concerned the quality and accessibility of healthcare. These women emphasised the need for ramps and accessible ablution facilities at healthcare facilities, shorter waiting times at clinics, and more informed and empathetic treatment by healthcare professionals.

Girl, 16, lives in an Atteridgeville shack with an aunt while her father buys cars and a house with some of the R5.7m paid out for her rehabilitation
News
5 months ago

They also identified challenges encountered while adjusting to altered physical changes in their body and difficulties in functioning. Women emphasised the importance of assistive devices such as wheelchairs, and psychosocial support, as potential enablers of adjustment. They pointed to the need for sexual and reproductive healthcare services and education to be strengthened.

They also highlighted the need for broader changes to their environments to facilitate social inclusion, for economic opportunities to be provided, and skills development to enhance their independence.

The majority of study participants also stressed the need for support beyond assistive devices, suggesting that psychosocial support should also be included in the package of health services. “Having a centre where women with physical disabilities can all meet together to discuss things that concern such women,” said one.

“I wish that women with acquired physical disabilities can learn to be independent not to depend on a partner,” said another.

“The kinds of interventions that women wanted had more to do with enabling access to basic services and participation in their communities.”

This finding is supported by previous research in 2020 among patients going through stroke rehabilitation, who perceived support for basic activities of daily living, such as eating, communicating and walking, a bigger priority than sexuality.

“Indeed, this study has demonstrated, in a small sample, that experts with lived experience of an acquired physical disability have clear ideas about the kinds of services and support which would benefit them.”

The KwaZulu-Natal health portfolio committee is satisfied with the progress made by the Vryheid District Hospital in its bid to become a regional ...
News
5 months ago