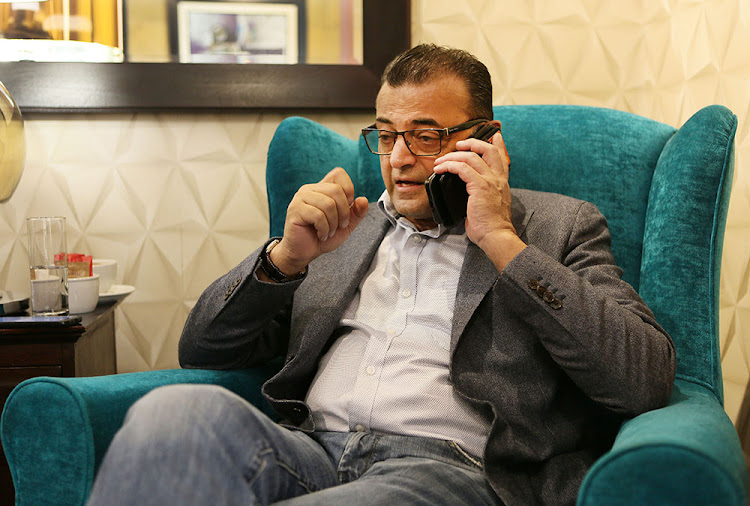 Anni Dewani’s family says her killer Zola Tongo's release from prison has robbed them of an opportunity to discover the true motive for the murder.

Anni’s uncle Ashok Hindocha spoke to the Sunday Times on Friday, moments after the parole board announced its decision to place Tongo on parole from June 21 2022 to June 6 2028. The parole board said it took the decision after weighing up “all elements of the case”, including Anni’s family's views, their written representation and Tongo’s “consistent positive good behaviour” and participation in rehabilitation programmes.

Tongo appeared before the board for the second time in two years on Thursday. Anni’s family feistily opposed his bid for freedom. Hindocha described the decision to place Tongo on parole as a poor reflection on SA’s justice system.

Family of the Swede killed on her honeymoon in Cape Town are dismayed at parole being granted to the former shuttle operator Zola Tongo.
News
3 months ago

He said Tongo is yet to reveal the whole truth about the killing. Hindocha said Anni’s father, Vinod, consented to Tongo’s plea and sentencing agreement with the state because he believed that the former shuttle operator was sincere.

“The plea that was presented to us before he was given the deal was very clear and my brother signed it,” said Hindocha.

“He was supposed to tell the whole truth when he went to court but he didn’t answer the questions. It was like saying: ‘Hey I got my deal, I don’t give a sh*t’. He was the pillar of this case and he didn’t stand for what he got the discount for. Now he is released early, what message is the parole board sending to the criminals? Is it saying ‘do the crime, don’t do time?’ There is a reason why murderers get 25-year jail sentences and life in prison.”

Tongo chauffeured Anni and her British husband, Shrien Dewani, during their honeymoon in Cape Town. He is serving an 18-year jail sentence for his role in the murder. Anni’s body was found with a bullet wound to the neck in Tongo’s abandoned car in Khayelitsha on the morning of November 14 2010.

The parole process of Zola Tongo  - the man found guilty of murdering Anni Dewani - is in its final stages.
News
3 months ago

Tongo confessed that Dewani gave him R15,000 to find hitmen to kill Anni. Tongo, who was sentenced shortly after the murder, said he hired Xolile Mngeni and Mziwamadoda Qwabe to carry out the hit. Both hitmen got lengthy jail sentences, but Mngeni has since died. Dewani was extradited and stood trial in the high court in Cape Town but was discharged because of a lack of evidence. Hindocha said Tongo committed the crime out of greed.

“This guy earned R30,000 a month those days when he took this R5,000 out of pure greed. He could have said 'no’. He said he was afraid of Dewani. Dewani didn’t have a gun. Just for that small amount, he started calling his friends as soon as Dewani left. I think he is a major part of this. He could have simply said ‘no’ and taken off in his taxi. Nothing would have happened. Can you be afraid of a person you have just met? It is ridiculous. We are looking for answers.”

Anni Dewani's dad no closer to truth on daughter's killing

The family of slain Swedish tourist Anni Dewani had high hopes of getting answers about her killing as they walked into Malmesbury prison to face one ...
News
3 years ago

Hindocha said Vinod was devastated by the parole board’s decision. “He is very sad today. He just said: ‘Not again.’ He just needs answers.”

Hindocha said his family had travelled to SA about seven times for the court trials and Tongo’s parole applications. He said they had spent 13 hours, in total, appealing to Tongo to tell the truth.

“He looked us in the eyes and lied. Everybody could see because I caught him in all his lies.”

Zola Tonga, the taxi driver mastermind of the 2010 murder of Swedish honeymoon bride Anni Dewani, had his parole withdrawn a day before he was due to ...
News
1 year ago

The family of slain Swedish Anni Dewani has slammed SA’s justice system after reports that one of her killers could be freed soon.
News
1 year ago

The Conch: How to be a pariah: believe Shrien is innocent

Look, I haven't been out for years. I occasionally shuffle down to the local spaza in yashmak and false eyebrows. I used to glitter at dinner ...
Lifestyle
7 years ago

A British High Court ruling on Friday that honeymoon murder suspect Shrien Dewani can be extradited to South Africa was welcomed by the justice ...
News
8 years ago